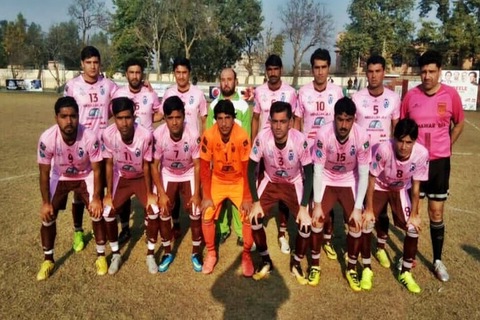 The third match played into the mega football action; Tabdeeli Football Cup 2019 saw Young Star Bajawar and Hayatabad Champions football teams struggling to keep their control on the ball so as to earn their team the victory in the game but it was Young Stars' team who managed to earn a hard fought victory against their opponents on a close call of 3-2 goals.

Young Stars’ boys played in their full compact and worked hard together with their best blocking game as well as with balanced attacking because the opponent team was also showing great foot skill on the ground with their unstoppable speed.

Therefore, they had to work hard to cause them enough damage of losing the game and made their players face the challenges tougher and tougher to them.

Losing team did come through at times to make their way to the opponent team’s goal post but could not find the decisive final touch as the winning team’s goal keeper denied all their attempts by tackling the ball just fine.

FATA Olympic Association along with the Government of Khyber Pakhtunkhwa has organized the first ever mega football event which has been named as "Tabdeeli Football Cup 2019".