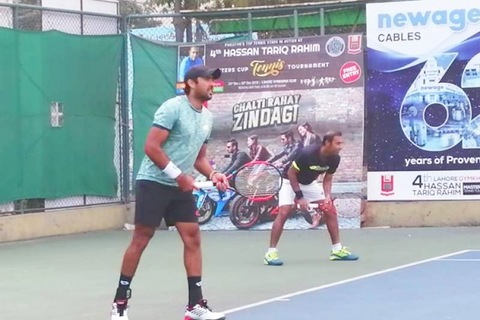 4th Hassan Tariq Rahim Masters Cup Tennis Tournament 2018      Lahore Gymkhana Tennis Courts,Lahore.
Pakistan’s No 1 tennis players Aqeel Khan along Aisam-ul-Haq Qureshi  have started the 4th Hassan Tariq Rahim (HTR) Masters Cup (Invitational) Tennis Tournament campaign in a winning not note at Lahore Gymkhana Tennis Courts,Lahore.
In the men's double opening encounter Aisam & Aqeel were off to flying start as they played superb tennis against Imran Bhatti and Tariq Sadiq and didn’t allow them play freely to win the first set by 6-1. In the second set, the number one pair comfortably position themselves to took lead and won the set by 6-3, thus registered an impressive victory and moved into the next round.
Aqeel also won his men’s singles match when overcame spirited youngster Mudassar Murtaza by 7-6, 6-2. Mudassar was in good form and matches fire with fire as the score was tied at 6-6. Veteran Aqeel then utilized his experience and skills to tame bravo Mudassar by 7-6. After playing so well in the first set, Mudassar ran out of gas and also lost the second by 6-2.

Muhammad Abid Ali Akbar, who represented Pakistan in Davis Cup ties, tamed one of the seasoned campaigners of Pakistan tennis Heera Ashiq as he overcame him by 4-6, 6-1, 6-4. Heera couldn’t match the power, pace and venom of Abid Akbar, thus bowed out in the very early stage of the one of the prestigious tennis tournaments of the country. 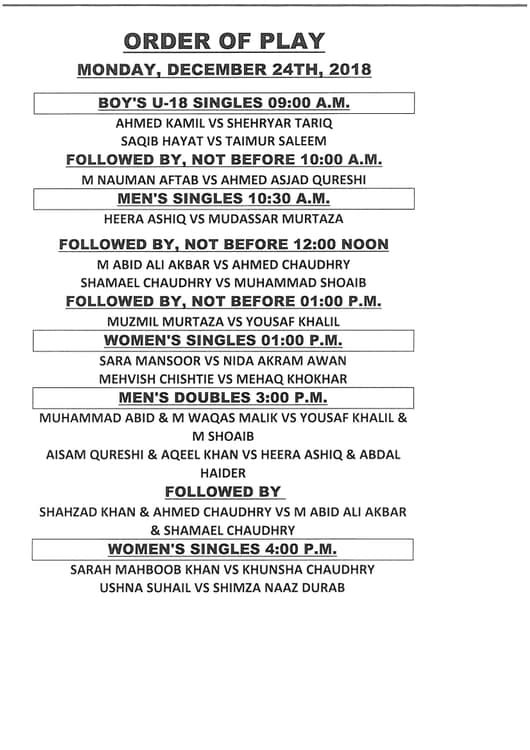