Multan and Sahiwal make their way into the finals beating their opponents by 2-2 goals at the Punjab Inter-Divisional Football Cup 2018 being played at Punjab Football Stadium, Nishtar Park, Lahore. 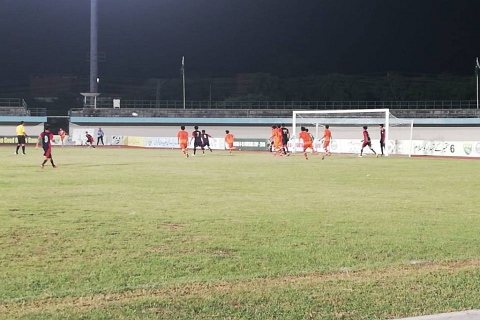 The first semi-final of the Punjab Inter-Divisional Football Cup 2018 was played between Multan and Faislabad. Multan had a rather comfortable game as they advanced into the finals by 2 on 0. Faislabad’s football players kept trying to get the ball up to their players to score for their side but failed at every chance. They did not get to score a single goal for their team losing the match to Multan by 0-2.

While in the second semi-final Sahiwal sealed the win against Lahore by 2-1. The game proved to be a competitive battle among both the team players as Lahore lost falling behind by just 1 score. After scoring the solitary goal for their team, Lahori footballers tried hard to break through Sahiwal football team’s careful possession of the ball but did not succeed. Sahiwal had been determined with no loss in the tournament playing yet again intensely and gathering the win to their side by 2-1 against Lahore.
Multan and Sahiwal divisions have qualified for the final match which will be played at 07:00 PM at Punjab Football Stadium, Nishtar Park in Lahore.