Pakistan Archery Federation (PAF) announced six member team for Asian Games schedule to be held from August 22 to 28 in Jakarta. 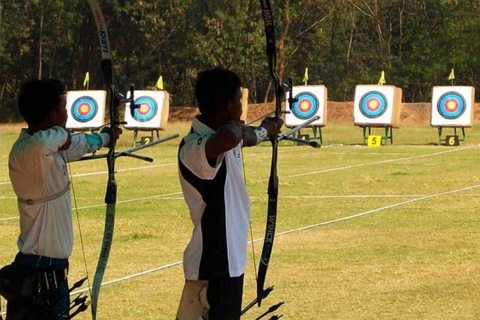 Pakistan six member archery team will participate in the Asian Games schedule to be held from August 22 to 28 in Jakarta.
Secretary Pakistan Archery Federation (PAF) Muhammad Wisal Khan said archery event in the Asian Games will be held from August 22 to 28 in Jakarta. He added total 26 countries will participate in the archery event.
The team for the Asian Games include 3 male; Muhammad Tayyab, Muhammad Awais and Muhammad Nadeem and 3 female; Aqsa Nawaz, Umma Zehra and Nabila Kausar.
The Archery training camp in preparation for 2018 Asian Games will be held in Peshawar from July 15.
The Secretary PAF said coaches Jalaludin and Sarfraz Anjum will impart training to players in the camp. "The team will leave for Jakarta on August 19 and will come back on August 29," he said.