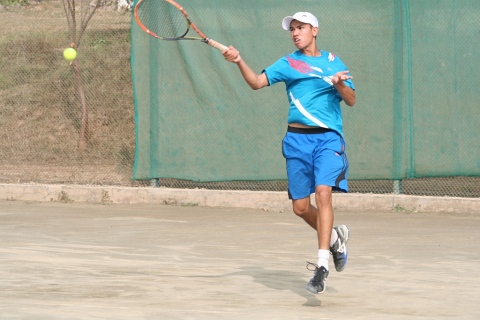 
In the first quarterfinal of the men’s singles, Pakistan’s top player Aqeel Khan outshine Mudassar Murtaza as he could not allow Mudassar to play freely and easily won the match by 6-2, 6-2 while Muhammad Abid proved too hot for Saqib Umar by thrashing him in one sided encounter by 6-0, 6-0 and qualified for the semifinal.