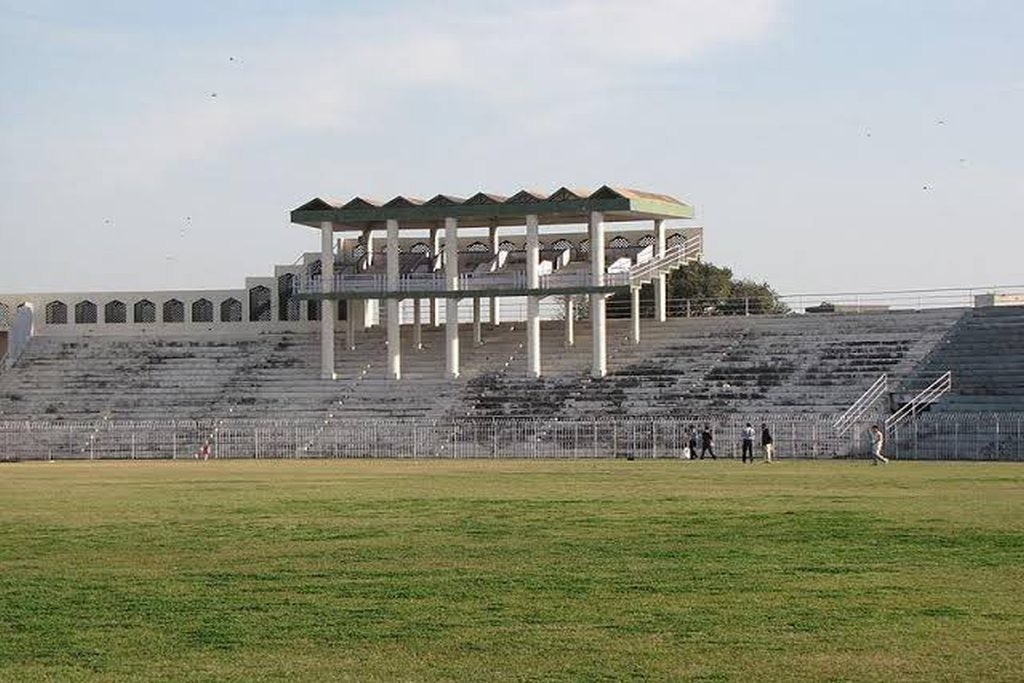 Jinnah Park Colony No 1, Sialkot, Punjab.
Jinnah Stadium in Sialkot is one of the oldest cricket grounds in Pakistan. This stadium was constructed in the 1920s by the British.  In the 1950s it was named Jinnah Park. In 1979 it was upgraded and renamed Jinnah Stadium. It was initially named Connelly Park by the British and after independence, it was renamed as Jinnah Park. It is the home ground of Sialkot Stallions.
The first Test here was played in 1985 and the last in 1995. Pakistan played its first ever ODI at home on this ground in 1976 against New Zealand. It was also New Zealand's first ODI against Pakistan. Jinnah Stadium is known for its green-top pitches that help fast bowlers. The stadium has a lot of memories attached with it.
In 1984, Pakistan-India ODI here was stopped midway and abandoned after news of the assassination of the then Indian PM, Indira Gandhi, reached the ground. India were batting.
During the India tour to Pakistan in 1989, the 4th test of the series played on this stadium. During the India's batting of the 2nd innings, Sachin Tendulkar was badly injured by a Waqar Younis bouncer, however, he came back later to bat and scored a key 57 runs to save the test match and a series for India.
On this stadium, Indian cricket team scored its lowest team total of 79 in its ODI history against Pakistan on 1978/79 tour. The stadium has hosted 9 one day internationals and 4 test matches.
In September 2019, the Pakistan Cricket Board named it as one of the venues to host matches in the 2019–20 Quaid-e-Azam Trophy.
Establishment: 1920s
Capacity: 18,000
Owner: Sialkot Cricket Association
Tenants: Pakistan Cricket Board
Hours: Mon-Sun: 6:30 am– 6:00 pm