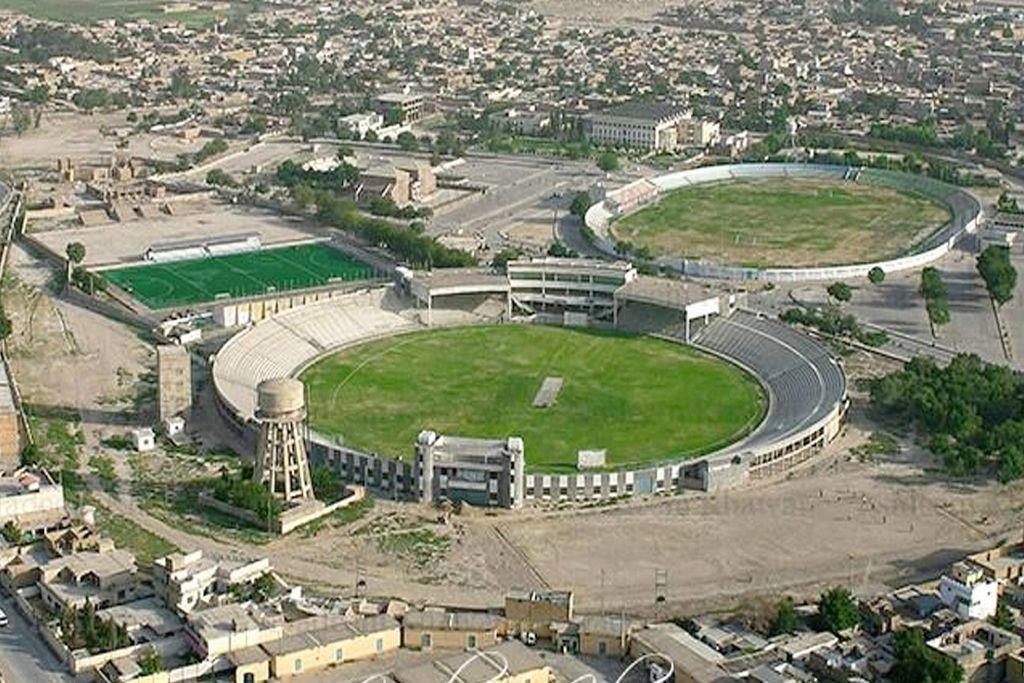 The Bugti Stadium, formerly known as the Racecourse Ground, is a cricket ground in Quetta, Pakistan, owned by the Pakistan Cricket Board.

The first recorded match on the ground was on 29 October 1954. Until 1989, the Bugti Stadium was known as the Racecourse Ground. It was used as a venue for a One Day International match between Pakistan and Zimbabwe in October 1996.

Between 1954 and 2008 the ground hosted twenty-two first-class matches.