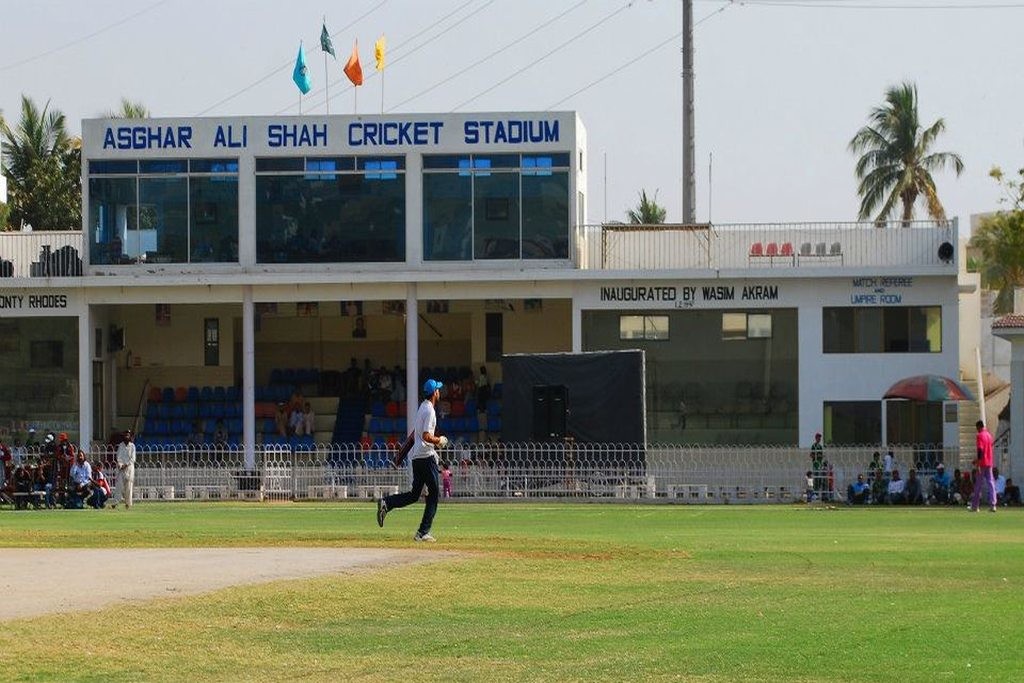 Asghar Ali Shah Stadium is a cricket ground in Karachi, Pakistan. It was constructed in the memory of Late. Justice Asghar Ali Shah, former Judge in Sindh High Court, father of a renowned orthopaedic surgeon, a politician and a member of Pakistan Cricket Board Dr. Syed Mohammad Ali Shah. Dr. Shah was also the manager of this stadium.
The stadium was constructed in 1993 in order to facilitate the club cricket in Karachi. It was the second cricket stadium in Pakistan (first being Gaddafi Stadium) to have the facility of flood lights to conduct the game at night. The stadium also provide the facilities arena & sports venue, Gym/Physical fitness center.
The stadium has been used for many international matches of smaller levels such as Under 17 Asia Cricket Cup, Under 19 Cricket Tournaments and also women's cricket tournaments have been held here. Mostly, this stadium hosts first class and domestic cricket matches. Dr.M.A.Shah Night Twenty20 Trophy is also held here every year in the month of Ramadan in which cricket teams representing cricket clubs from around the country play each other.
Capacity: 8,000
Owner: Dr. Muhammad Ali Shah
Address: Shahrah Noor Jahan, Block C North Nazimabad Town, Karachi.
Phone no: (021) 36674017