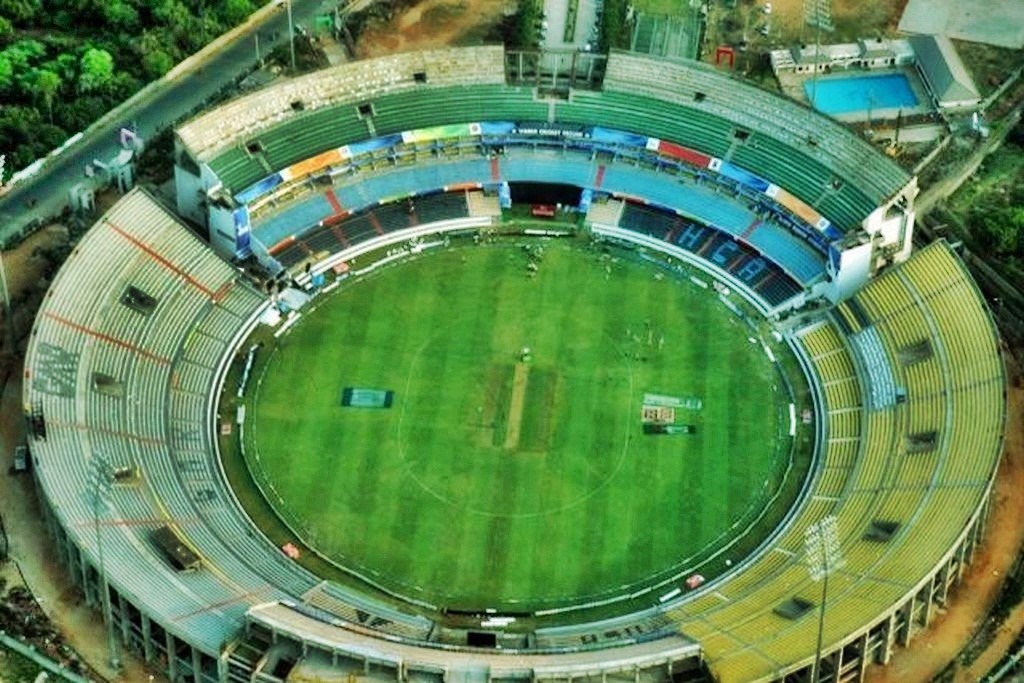 Thandi Sarak, Rani Bagh Qasimabad, Hyderabad, Sindh.
Niaz Stadium is situated in the heart of Hyderabad, one of the most populous city of Pakistan. The stadium has been named after Niaz Ahmed the late sports loving commoner of Hyderabad who was the motivating factor for building this stadium. The complex is in front of the Indus Hotel.
The Niaz Stadium has a capacity to accommodate 15,000 spectators and hosted its first test match in 1973. The first ever hat-trick in One Day International took by Pakistan's Jalal Ud Din at this stadium. In Hyderabad in 1982-83. In addition, Pakistan has never lost any match, whether test or one-day, on this ground.
The inaugural first class match was played at Niaz Stadium between South Zone v Pakistan Education Board (PEB) on 16–18 March, 1962. Niaz Stadium become the 32nd first class ground in Pakistan and 2nd in Hyderabad.
An international match was played on 24 January, 2008 between Pakistan and Zimbabwe after ten years, in this stadium. In April 2018, the Pakistan Cricket Board (PCB) announced that the venue, along with several others in the country, would get a makeover to get them ready for future international matches and fixtures in the Pakistan Super League.
The ground staged the World Cup match between Pakistan and Sri Lanka in 1987 when a capacity crowd of 15,000 watched the hosts register a narrow victory. The last ODI was in 1997-98, and the end of the stadium as a credible venue came in when West Indies' tour match later that season against Habib Bank was abandoned after a protest against sub-standard accommodation facilities.
The stadium fell into a state of disrepair and the lack of acceptable accommodation nearby deemed it unfit to host international games. The outfield during the last ODI played there was so poor that gaps had to be covered with colored sawdust.
Things finally changed in mid-2007 when the Pakistan board took possession of the stadium and upgraded its facilities. A one-day international was awarded against the touring Zimbabweans in January the following year, ending a ten-year hiatus.