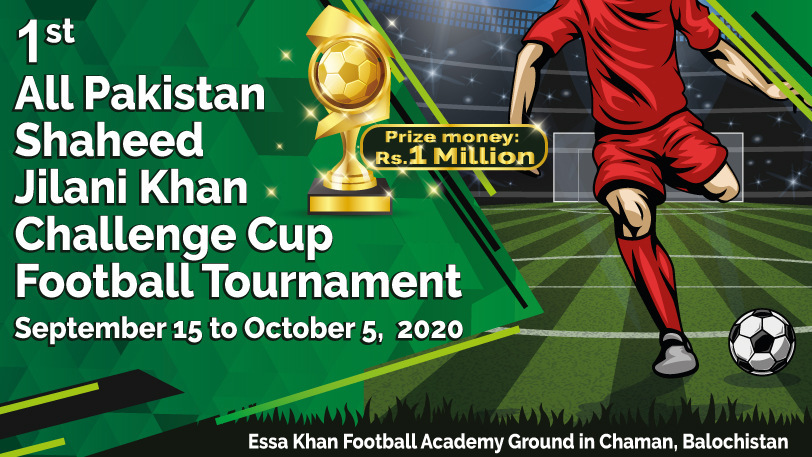 A total of 16 teams will compete in the first edition of All Pakistan Shaheed Jilani Khan Challenge Cup Football tournament 2020, which is named after ANP senior vice-president Jilani Khan Achakzai, who lost his life in an attack in Chaman in 2010.

The tournament is scheduled to be held from September 15 to October 5 at the Essa Khan Football Academy Ground in Chaman, Balochistan. MPA Asghar Khan, the son of Shaheed Jilani Khan, supported the tournament.

A coach of K-Electric Mohammad Essa, the organising secretary of the event and former Pakistan captain said that four teams from Afghanistan would also compete in the event. The participating teams will be divided into four groups with the top two sides from each pool qualifying for the quarterfinals.

The event carries attractive prize money of Rs1 million. The organisers would provide accommodation to the touring sides.