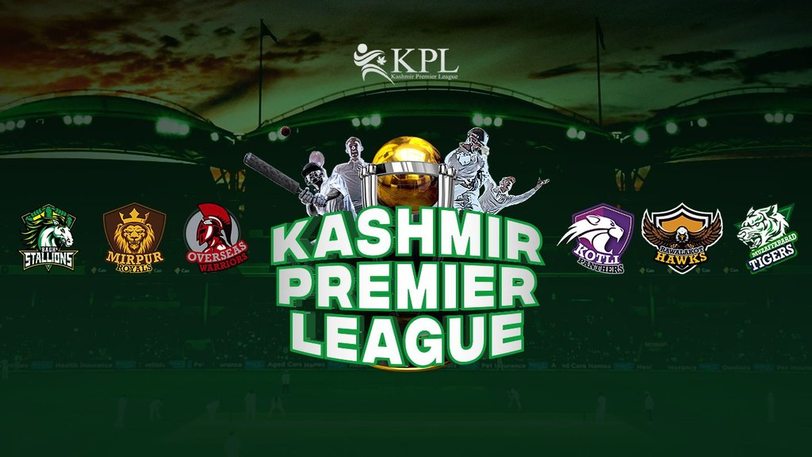 Kashmir Premier League is a T20 format league having credentials from Pakistan Cricket Board, which is a permanent member of the International Cricket Council, Government of Azad Jammu & Kashmir and Government of Punjab Pakistan who have ensured their cooperation in this cause.

A galaxy of national and domestic cricket stars is set to shine in the picturesque valley of Kashmir this year during the inaugural Kashmir Premier League (KPL).

The first edition of KPL will be played from from August 4 to 14 with all the fixtures taking place at the Muzaffarabad Cricket Stadium.

The president of KPL, Arif Malik has announced that there will be a total of six teams, while players will be picked through a draft. Each team will have five local Kashmiri players in the squad; they’ll play with Pakistan’s international stars.

Trials for the Kashmir Premier League were held in Mirpur on 7th January, under the supervision of Azhar Mahmood and Saeed Ajmal and the result of KPL Trials - Phase 1 is out. Now, the new dates and venue of the final phase of the KPL Trials will be announced soon.