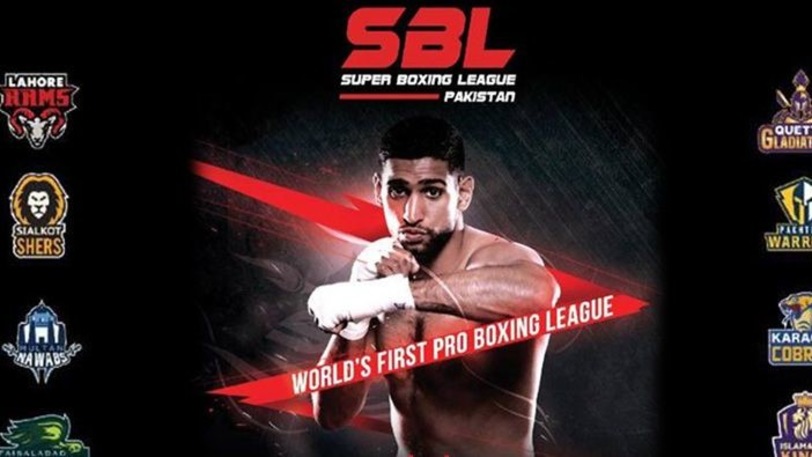 27 January, 2019 - 27 February, 2019
Islamabad
Amir Khan Boxing Academy Islamabad
Boxing
First ever professional boxing tournament, Super Boxing League (SBL) Pakistan will be organized in association with Punjab Sports Board (PSB) & World Boxing Council (WBC) from September 28, 2018 to November 03, 2018 at the Amir Khan Boxing Academy Islamabad, Islamabad, Pakistan. For a transparent and successful inaugural edition SBL Pakistan, WBC will be supervising the entire tournament, the best of Pakistani and international talent and present world class, captivating fights.
The series will comprise of 8 franchise teams from major cities of the country including Karachi, Lahore, Islamabad, Peshawar, Faisalabad, Multan, Sialkot and Quetta containing 12 players in each team. The event is led under the vision of two-time world champion Amir Khan and promoted by the British Business Tycoon Bill Dosanjh. This event will also see for the first time in the country, individual celebrities as team owners including Sultan of Swing – Wasim Akram, Lala – Shahid Afridi, Media Mogul – Salman Iqbal and the Maestro Rahat Fateh Ali Khan.
The SBL will consist of 8 franchises. Each team will comprise of six players (five male boxers and one female boxer with six back up players per team). There will be competitions in six different weight categories with bouts of 4 rounds of 3 minutes each.
Boxing enthusiasts and sports junkies in Pakistan are about to experience for the first time ever, a boxing league like none other. Super Boxing League (SBL) comes to Pakistan as Amir ‘King’ Khan takes the responsibility to revive this sport in his homeland.
Male
Female