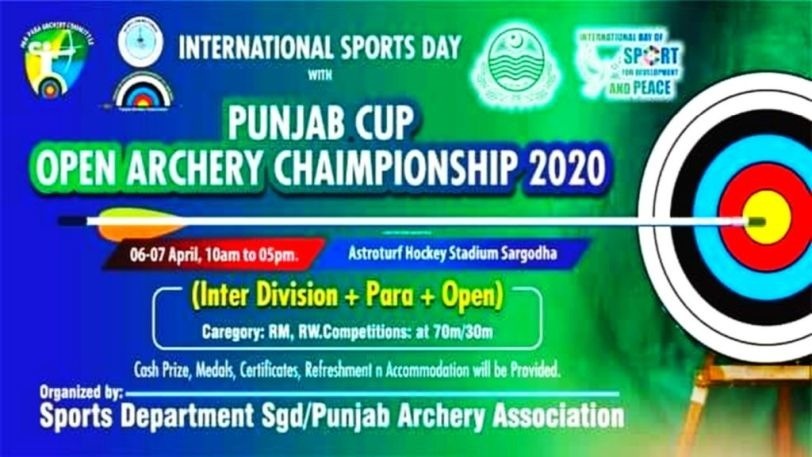 Punjab Archery Association in collaboration with Sports Department Sargodha is organizing this mega archery event which has been named as "Punjab Cup Open Archery Championship 2020" into the current year which is set to be begin its proceedings on 6th April at Astroturf Hockey Stadium, Sargodha.

This archery competition is open for both, male and female archers with no age restriction where they would be having competitions in two categories of Re-curve Men & Women.

Each participating archer will be having 72 arrows which would have to be hit at a set target of 70 meters or 30 meters in accordance to which, results would be drawn.

All archers belonging from Punjab are eligible to take part in this event except departmental players. The participating skilled archers will be seen competing with all their talent and accuracy at the target so as to win top honours in this championship.

For further queries, Secretary-General, Punjab Archery Association, Mr Aman Ullah Khan can be contacted on this given cell phone number: 0313-6751672.