Pakistan recorded their fifth bilateral T20I series win against the West Indies and the fourth and final West Indies-Pakistan T20I was also washed out at the Providence Stadium, Guyana. 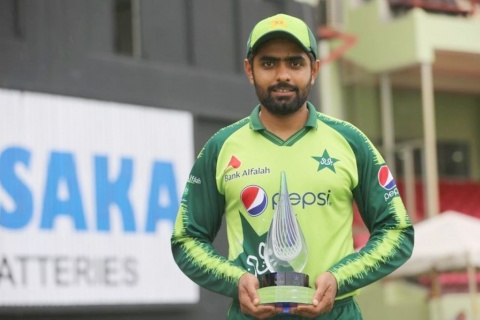 The fourth and final West Indies-Pakistan T20I was also washed out at the Providence Stadium, Guyana as Pakistan recorded their fifth bilateral T20I series win against the West Indies.

The Babar Azam-led Pakistan won the series 1-0 with all three remaining games ending as no-results due to rain related interruptions which forced premature end to the first, third and fourth matches.

Pakistan won the second game of the series in Guyana by seven runs on Saturday which earned them their series victory. Last Thursday, the first match at Bridgetown, Barbados was called-off at the end of the West Indies nine-over innings.

A mere eight balls were bowled in the third match on Sunday while only three overs were possible on Tuesday with West Indies reaching 30 for no loss when heavy rain returned to Guyana.

On Tuesday, following a more than two-hour delay, the outfield dried out to ensure a nine-over contest. However, before the teams could restart the match another spell of heavy rain started, the rain did not relent till the 2:30 pm cut-off time forcing a premature end to the proceedings for the third time in the week.

For the fourth match Pakistan had retained the same side that took the field for the third match.

Both teams will now compete in a two-match Test series which commences at the Sabina Park, Kingston Jamaica on Thursday, 12 August.

The second Test will be played at the same venue from Friday, 20 August.