Twenty-six men cricketers have been invited at the National High Performance Camp in Lahore. 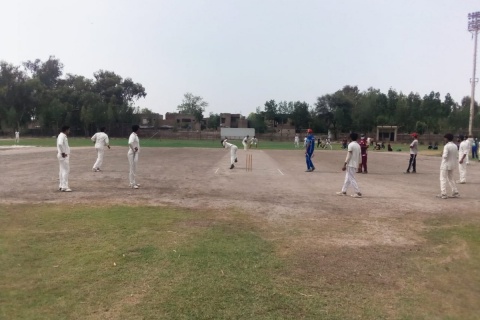 Twenty-six men cricketers have been invited at the National High Performance Camp in Lahore on the recommendation of the men’s national chief selector to train under the guidance of world-class coaches from Thursday, 3 June.

The High Performance Camp has been devised to ensure international cricketers and top-performers of the 2020-21 domestic season who are not part of the HBL Pakistan Super League 6 continue to train in a competitive environment.

During the 38-day camp, the players will work on the mental, physical, tactical and technical aspects of their game. The players will be divided into two groups – red ball and white ball – and will be provided format-based training, based on the insights received from the coaches at all rungs of the game during the 2020-21 domestic season.

The players will assemble at the NHPC tomorrow and will begin training from Friday, 4 June.

The NHPC will also host a camp for Test cricketers closer to their departure for the West Indies tour.

Men’s national chief selector, Muhammad Wasim: “It is very important that we continue to provide a competitive training environment to these cricketers.

“One of the basic purposes of the National High Performance Camp is to provide the players with top-class facilities and surroundings under which they can continue to up skill".

Players invited for the camp: