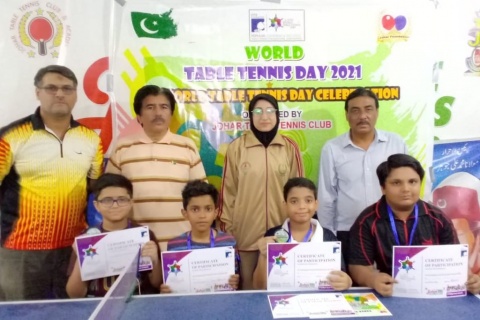 Every year on April 6th, World Table Tennis Day promotes social inclusion and unity through table tennis. It's also a day to encourage people around the world to get involved in this sport.

In this regard, a tournament was organized in which members of Johar Table Tennis Club participated. The special guest of the tournament was national table tennis player Qaratul Ain Sakina who inaugurated the event and also gave full encouragement to the players.

On this occasion, the president of the club Dr. Arshad Masood, Azmat Pasha and international table tennis player Farrukh Kamal also shared their thoughts on the occasion of World Table Tennis Day Expressed.