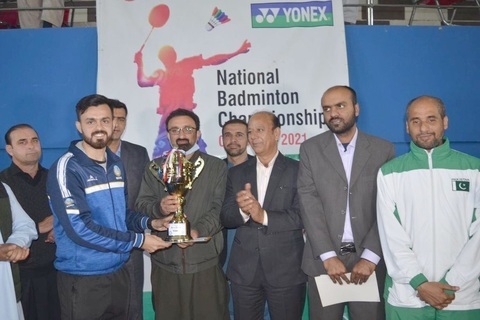 
In the men’s singles final, the winner of (Double) Asian youth games Colombo 2017, Muhammad Ali Larosh caused a major upset in the tournament as he thrashed Irfan Saeed, who competed at the 2014 and 2018 Commonwealth Games, by 2-1.


World no. 139 Mahoor Shahzad successfully defending her title since 2017. Mahoor Shahzad of WAPDA retained her title of the national champion winning the women singles final against Ghazala Siddique of WAPDA.

Director General Sports Khyber Pakhtunkhwa graced the ceremony as a chief guest and distributed trophies, certificates and cash prizes of Rs500,000 amongst the winners.