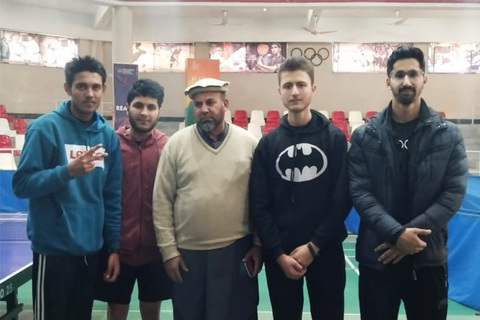 The finals will be played today (1st February). Director General Sports KP Asfandyar Khan Khattak will be the chief guest at the closing ceremony.

WAPDA team, including Raheela Ashraf, Aisha Sharjeel and promising Perniya Khan recorded a one-sided 3-0 victory against Army team, while young KP team recorded a thumping victory against seeded Army team 3-2 in the semifinals battle and qualified for the final.

In the fifth and decisive match, KP’s Haseeb defeated Army’s Obaid Shah 3-2 to help their side book berth in the final. In the second semifinal, WAPDA defeated KP (B) 3-1 to reach the final, where they will face KP team.