Former Pakistan chief selector Haroon Rasheed is tipped to re-enter Pakistan Cricket Board (PCB) as the new director of cricket operations, according to media reports on Thursday. 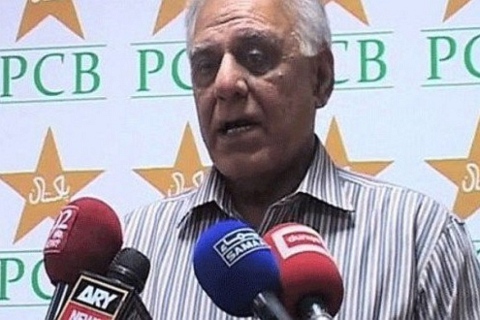 Former Pakistan chief selector Haroon Rasheed is tipped to re-enter Pakistan Cricket Board (PCB) as the new director of cricket operations, according to media reports on Thursday. The 63-year-old, who was sacked two months ago when PCB dissolved the national selection committee, has applied for the new position on the board, which has undergone some changes after Pakistan’s disappointing performances in the Asia Cup and World T20 tournaments. According to a PCB source: “Haroon is a strong contender for the new post, since he is very close to some of the senior officials, including Najam Sethi.” The PCB had released Rasheed and other members of the selection committee from employment as part of reforms in the board recommended by a fact-finding committee. The changes included the appointments of Pakistan veteran Inzamamul Haq as chief selector, Mickey Arthur as the new head coach and Mudassar Nazar as director of academies.
According to the source, the former chief selector is a strong contender since he was very keen to get back into the PCB and the new post was also advertised keeping him in mind. “The advertisement to hire the director cricket operations was only posted so that Rasheed could be hired as he meets all the stipulated conditions required for the position, including having 10 years or more experience working in top cricket positions,” the source said. Haroon has previously worked for PCB in different capacities, including that of manager, coach, chief selector and director game development.