Pakistan Cricket Board (PCB) top officials have told tainted left arm pacer Mohammad Aamir to behave well on the tour to England and follow each and every instruction of the team management, anti-corruption code and the security manager. 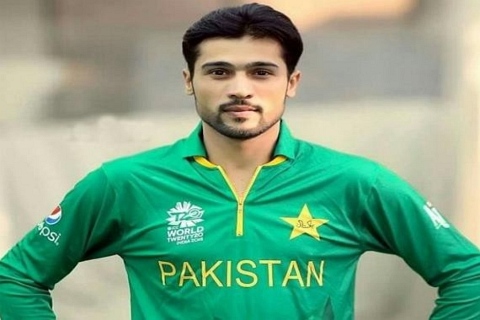 Pakistan Cricket Board (PCB) top officials have told tainted left arm pacer Mohammad Aamir to behave well on the tour to England and follow each and every instruction of the team management, anti-corruption code and the security manager.
A senior official told PTI that soon after the UK authorities confirmed issuance of visa for Amir, who has served a five-year ban for spot fixing in England, chairman Shahryar Khan, Najam Sethi and chief operating officer Subhan Ahmad met the youngster in Lahore.
"During the meeting Aamir was told in clear terms that he will have to follow each instruction given to him by the team management, anti-corruption unit and security manager in England and totally avoid the media unless permitted by the manager," he said.
"Aamir was told that he should be mentally prepared to be ready to face bad situations during the tour as no one could control crowds or bystanders and he will have to show patience and tolerance.
" Aamir along with Salman Butt and M Asif were all found guilty of spot-fixing when Pakistan toured England in 2010 and they also served varying jail time in the UK after being tried by a crowd court.
The PCB had to use various channels to convince the England and Wales Cricket Board and UK High Commission in Islamabad to get a visa issued for Amir, after it was told in clear terms that Butt and Asif would not be welcome on the tour.
The official said that Amir was called to the board offices also because there were indications that some players were not happy with Aamir's attitude during the boot camp in Kakul and in the camp held in Lahore.
"Aamir has now been told that he also needs to take the initiative to make his teammates comfortable and ensure the dressing room atmosphere is not spoilt on the tour," the official said.
He said the board had also taken other pre-emptive measures for the tour in order to avoid any controversies or scandals and this included asking all the selected players to submit all details of their friends, relatives and associates in the UK.
"The players have also been told that they would only have their families travel with them for a maximum period of two weeks on the two and half month long tour.
The idea is to allow the players to keep focused on cricket as it will be a challenging tour for Pakistan.
"