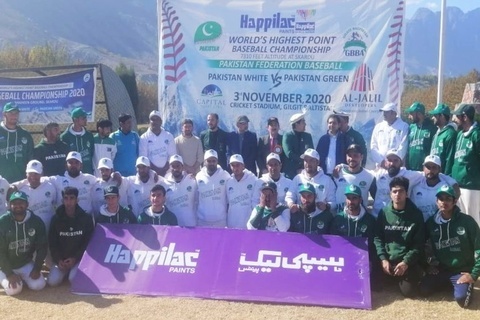 The Pakistan Federation Baseball set a world record of staging a baseball game at 7,000-plus feet height. The federation set this world record by holding an exhibition baseball matches at Skardu, the highest place in the world.

For Pakistan Green, Sumair Zawar once again showed the best game and scored 2 runs. While Syed Muhammad Shah, Faqir Hussain, Muhammad Zakir and Aziz-ur-Rehman scored one run each. Jamil Kamran performed the duties of chief umpire in the match.

Sheikh Mazhar Ahmed, Secretary General, Pakistan Federation Baseball, has stated that the federation had organized baseball exhibition matches between Pakistan Green and Pakistan White teams for the development and promotion of baseball in the world's highest place, Gilgit-Baltistan. 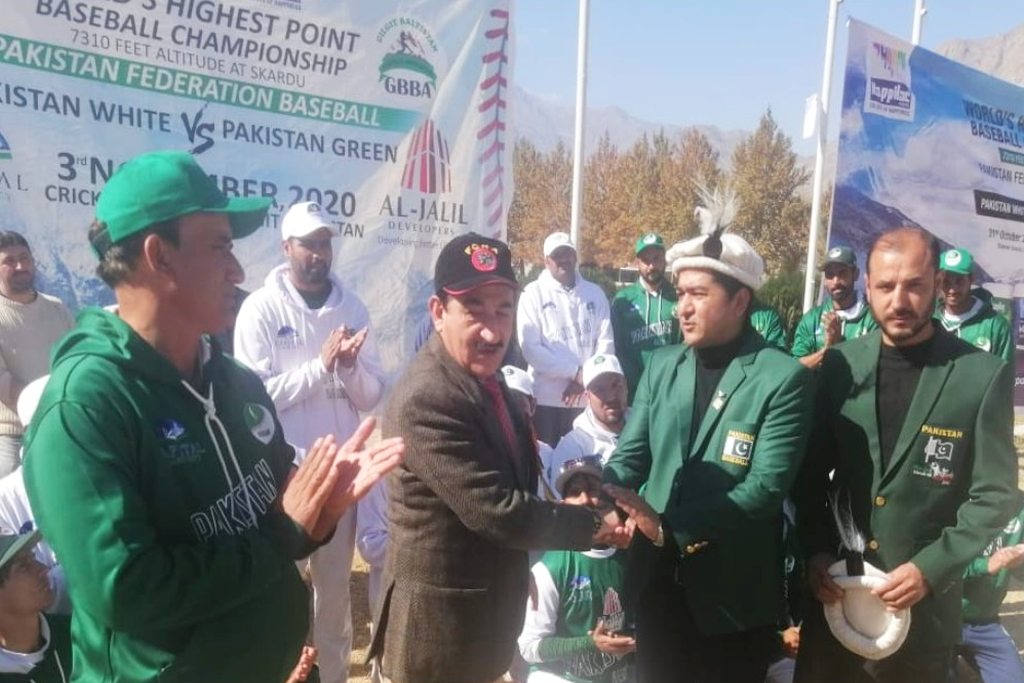 President Pakistan Federation Baseball Syed Fakhar Ali Shah said on the occasion that we are proud that we made Pakistan famous all over the world and held baseball matches in Gilgit-Baltistan, the highest place in the world. It is hoped that the exhibition matches will help in the promotion and development of baseball in Gilgit-Baltistan.

He further said that Pakistan Federatoin Baseball is organizing a two-day Baseball Coaching Clinic in Gilgit from 4 - 5 November, in which Pakistan National Baseball team's pitching coach Tariq Nadeem will give useful tips to the players and coaches regarding pitching. Certificates will also be distributed to participants at the end of the clinic.

Special guest Hussain Ali said that he was happy that baseball matches were held in the area. In the future, we will do our best to help the association for the development and promotion of baseball in Gilgit-Baltistan.