Pakistan Cricket Board (PCB) on Thursday informed Ahmed Shehzad that he will not be a part of the national team’s training camp for the tour of England. 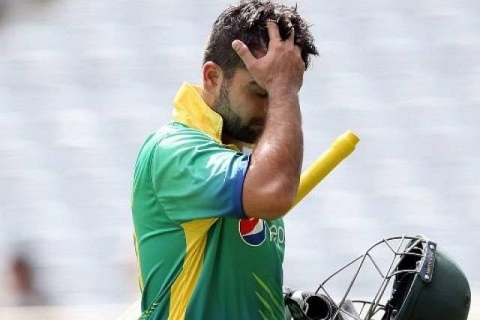 Pakistan Cricket Board (PCB) on Thursday informed Ahmed Shehzad that he will not be a part of the national team’s training camp for the tour of England.
The opening batsman, who was not included in the list of 35 probables for training camp which begins from Friday, wrote to chairman Shaharyar Khan on the issue of his non-selection.
Shehzad was dropped on disclipinary grounds along with fellow teammate Umar Akmal by chief selector Inzamamul Haq. “Shehzad and Umar don’t have enough performances and lack discipline,” Inzamam had said. “Wherever there will be a disciplinary problem, we will take a step. And you should expect this selection committee to be a little stern on discipline.”
Pietersen ‘gutted’ over Shehzad’s exclusion
Following this, the 24-year-old wrote to board chairman saying that he would reform his behaviour and be more disciplined in future if he was given a chance to attend the camp.
However, according to a source in PCB, Inzamam has taken a strong stance on the matter despite some senior officials being sympathetic to Shehzad’s plea. “Inzamam told the board that if Shehzad was allowed to attend the camp, it would set a bad precedent for the future and send a wrong message to other players,” the source said. “Inzamam has said that he would discuss the matter of Shehzad’s selection with new head coach Mickey Arthur when the latter reaches Pakistan and see what course of action should be taken on the opener for England tour,” the source added.
Walking on broken glass? Ahmed Shehzad clarifies dressing room incident
However, the source did not rule out the possibility of Shehzad joining the Pakistan squad for England tour. “For the moment, he has been sent a reply by the board saying that they can’t allow him to attend the camp and he needs to work on his behaviour and discipline.”
Earlier, Shehzad told reporters in Peshawar that he was keen to play for Pakistan. “I am ready to make any sacrifices and I am willing to do anything to get a chance to play for my country,” he said.