‘No compromise on discipline’: Akmal, Shehzad axed by Inzamam ahead of England tour

Pakistan's new selectors Monday dropped star players Shahid Afridi, Ahmed Shehzad and Umar Akmal from next month's tour of England, stressing there would be no compromises after the country's disastrous exit from the World Twenty20 in India. 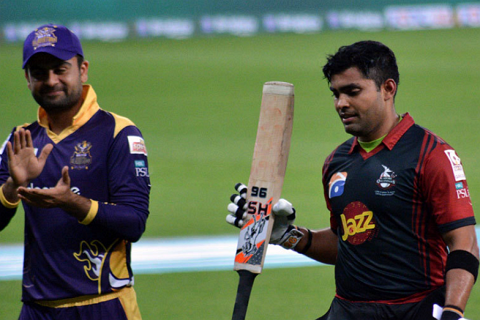 Pakistan's new selectors Monday dropped star players Shahid Afridi, Ahmed Shehzad and Umar Akmal from next month's tour of England, stressing there would be no compromises after the country's disastrous exit from the World Twenty20 in India.
Former Afghanistan coach Inzamam-ul-Haq, who is heading up the newly formed selection committee as part of wholesale changes following last month's tournament humiliation, announced 35 players would attend boot camp starting in Kakul from May 14 to June 4.
He said Afridi — who announced he would continue playing the Twenty20 format after resigning as captain in the wake of the event — needed to perform in domestic matches.
“Since we are playing only four Twenty20 matches this year we want to give new players a chance, and that will also allow Afridi to rest and perform in domestic matches,” Inzamam said at a news conference in Lahore.
As for Shehzad and Umar, he said, “the selection committee will not compromise on discipline”.
Shehzad was declared best batsman of the Pakistan Cup one-day tournament which ended on Sunday, scoring 372 runs, but along with Umar has been involved in various disciplinary breaches.
Former Pakistan head coach Waqar Younis — who resigned in early April — had also recommended dropping Shehzad and Umar.
Spot-fixing convict Salman Butt was also not selected.
“Butt has not played four-day cricket since his ban was lifted so we need to assess him in longer formats before selecting him,” said Inzamam.
Butt is also likely to face issues with obtaining a visa to England — though another spot-fixing convict, Mohammad Amir, was included in the squad as he is expected to get the visa after pleading guilty in a UK court.
Butt, Amir and Mohammad Asif were caught in a spot-fixing case on Pakistan's last tour of England in 2010, taking money for no-balls during the Lord's Test.
Their five-year ban ended in September last year.
Pakistan will play four Tests, five one-day internationals and a Twenty20 international on a two-month long tour of England.