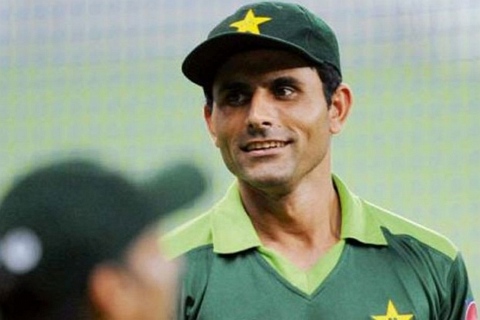 
In a stinging attack on his former captain and teammate, Razzaq said in an interview that Waqar, instead of blaming others and giving excuses for his failures, should realise he himself is responsible for Pakistan team's downfall.


"It is no secret and I am witness to this that Waqar never wanted or respected senior players and was never able to treat all players equally and fairly which resulted in disharmony in the team," Razzaq said. "He himself is responsible for causing insecurity among the players and not being able to give them enough confidence to perform well for the country," he added.


Razzaq, 36, who played 46 Tests, 265 ODIs and 32 T20 internationals before his last appearance for Pakistan in 2014, said Waqar's likes and dislikes unsettled the team. The senior player was also critical about some former players and criticised the decision by the PCB to appoint Misbah-ul-Haq and Younis Khan as advisors.


"Tell me if today Pakistan is at the bottom in limited over cricket who is responsible. Obviously the very people who have been playing for the last six-seven years. So what advice will they give to the board," he questioned.
He also claimed that some former players were also responsible with the board for the poor position of Pakistan cricket. "They are some players who are only interested in good jobs and positions. How many want to work at the grass root level and really do something productive for Pakistan cricket," he said.


Razzaq however backed the decision to appoint Inzamam-ul-Haq as the chief selector. "I have played with him and under his captaincy and if he follows the same principles he followed as a captain than he will be do something good for Pakistan cricket," Razzaq said.


"Inzamam never played players on basis of their statistics he always played those players whom he believed could deliver for Pakistan and he always stood by their selection and fought for them," he said.
Razzaq said the biggest problem with Pakistan cricket in recent years had been the inability of selectors and team management to decide which players were ideal for which format. "We don't even know who is good for which format and we keep on tinkering with the teams all the time and we expected good results. Look at our performances our rankings have been going down since the last few years," he added.


Razzaq announced his intention to return to Pakistan and play in the coming domestic season to once again try to perform and impress the selectors.