Former Pakistan Test captain Salman Butt could be denied a return to the national side due to legislations placed by UK government, according to reports. Salman, who was banned for five years in 2010 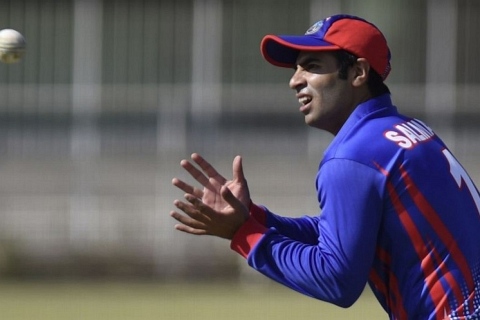 Former Pakistan Test captain Salman Butt could be denied a return to the national side due to legislations placed by UK government, according to reports. Salman, who was banned for five years in 2010 by the International Cricket Council (ICC) after his involvement in a spot-fixing scandal, received a 30-month jail sentence in Britain. However, the 31-year-old served just seven months before being allowed to return to Pakistan under UK’s early release scheme which holds the condition that the person may not return to the country within ten years of the end of formal sentence.
This means that Salman could be denied a visa if he is selected for Pakistan’s tour of England in summer 2016. The former captain returned from his ban to domestic cricket in January and scored 536 runs at an average of 107.20 in the National One-day Cup. Current Pakistan Test captain Misbahul Haq is said to be keen to get Salman into the side this summer, but his plans may be defied by UK visa regulations. Nevertheless Misbah sees the Pakistan Cup which began on Tuesday (yesterday) as another opportunity for the 31-year-old to shine. “We have a settled line up between Number 3 and 7 but the opening slot is not as consistent as the rest of the order,” Misbah said. “There are issues and we are looking at a couple more options, including Shan Masood and Salman. Salman is a good prospect and he has also scored ample runs after his comeback,” he added. “He looks good in practice sessions, but now we have to see how well he does in the upcoming tournament.”