Preparations for the second edition of the Pakistan Super League (PSL) have already begun, with a tentative window of February 2017 already discussed with the Emirates Cricket Board to reserve the venues. 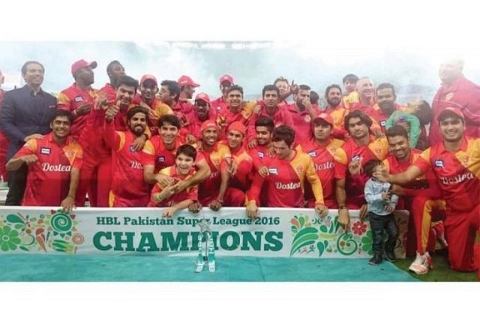 Preparations for the second edition of the Pakistan Super League (PSL) have already begun, with a tentative window of February 2017 already discussed with the Emirates Cricket Board to reserve the venues.
PSL Governing Council Chairman Najam Sethi, Marketing Director Naila Bhatti and Director International Cricket Usman Wahla recently visited the UAE to meet the local authorities and express their interest in order to avoid any hiccups in booking of the grounds.
PSL will revive Pakistan’s T20 fortunes, says Misbah
The Pakistan Cricket Board (PCB) had faced problems during the inaugural edition as the PSL’s dates clashed with the Masters Champions League. While that did little to dent the PSL, it seems the PCB have learned their lesson this time around.
“PSL officials have met with UAE’s local authorities to discuss the booking of venues for the second edition of PSL, which will be tentatively played in February 2017,” Sethi told The Express Tribune. “The letters of agreement on the grounds’ reservations would be exchanged shortly but a verbal agreement has already taken place between both parties.”
Sethi is understandably looking to build on the league’s initial momentum. “The first edition of the PSL was a huge success financially as well as in terms of audience, and we’re hopeful that the second edition will be bigger and better,” he said. “Preparations for the second edition have begun and we’ll deliver something even more exciting this time around.”

Five things we learnt from PSL

Meanwhile, PSL accounts will be presented during the next Board of Governors meeting, scheduled to be called in the first week of May.
All credit and debit notes have been sent to the five franchises, while payments to players and staff have already been made.