I hope I will be allowed to work independently: says new chief selector Inzamam

Inzamam-ul-Haq has been appointed the chief selector of Pakistan and the former captain hopes he will be ‘allowed to work independently’ as the team looks to rebuild after an unsuccessful World Twenty20 campaign. 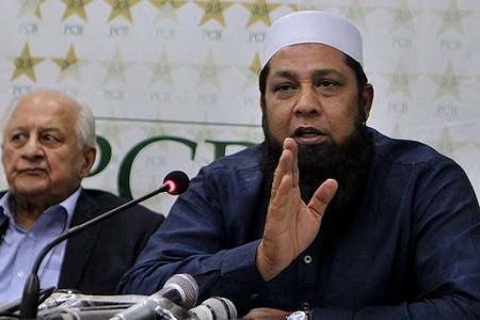 Inzamam-ul-Haq has been appointed the chief selector of Pakistan and the former captain hopes he will be ‘allowed to work independently’ as the team looks to rebuild after an unsuccessful World Twenty20 campaign.
Inzamam, who quit his job as the coach of Afghanistan to link up with Pakistan, emphasised that putting thing on track would take time and urged stakeholders to be ‘patient’.
“I hope that I will be allowed to work independently,” Inzamam, who previously served as Pakistan's batting consultant in 2012, said during a press conference.
“The perception is that I used to get my way as captain. But as the chief selector, my role will be different and I hope that the captain, coach and my team are all on the same page. When I was the captain I used to give my input and now I'm on the other side so I will be taking input from all of them.”
Inzamam, who captained Pakistan from 2003-2007, included former players Tauseef Ahmed, Wasim Haider and Wajahatullah Wasti in his selection committee to cover all bases.
“I have included a spinner (Tauseef), a fast bowler (Wasim Haider) and Wajahatullah Wasti (batsman) so we have an expert for each discipline.”
According to Inzamam, though, getting Pakistan out of the ‘current situation’ will require time.
“I don't have a magic wand and things will take time. But you will see change soon,” he told reporters at the Pakistan Cricket Board headquarters in Lahore.
The aftermath of Pakistan's World Twenty20 campaign saw coach Waqar Younis and captain Shahid Afridi stepping down from their posts, while the selection committee was disbanded.
Waqar, last week, said he had recommended Inzamam for the post of chief selector after the 2015 World Cup and hailed the PCB's decision when the appointment was being mulled over.