Pakistan volleyball team captain Aimal Khan has been declared as the best spiker and the second-highest scorer of the 15th Thailand Volleyball League 2020. 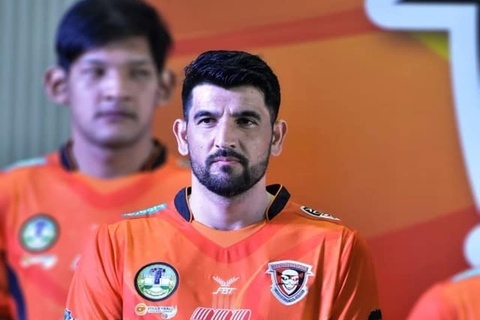 Pakistan volleyball team captain Aimal Khan has been declared as the best spiker and the second-highest scorer of the 15th Thailand Volleyball League 2020.

As per statistics released by the Volleyball Association of Thailand, Aimal, who represented Nakhon Ratchasima, The Mall VC, emerged as the best spiker with 55.1813 percent.

Meanwhile Aimal was also adjudged as the second leading scorer with 250 points.

Aimal and Mohammad Waseem had featured in the Thailand League this season. Both the players had stuck in Bangkok for several weeks due to lockdown and international flights issues.

Eventually Pakistan’s embassy in Thailand managed a flight for all those Pakistanis stranded in Bangkok.

Now as top four teams of the league compete in Super Cup which has been scheduled to begin from July 22. And Aimal plans to join his team.

“Because of the COVID-19 issue embassies are closed. I am waiting and when the situation will improve I will go to Thailand to join the team. Some Brazilian players have also been stuck at home because of the same issue,” Aimal said.

He said that in September the 2020-2021 league would also start. About his fitness during lockdown Aimal said he is training and is doing gym.

“I am training and is doing gym but I have not done any training with the ball,” Aimal said.

He said that there is no indoor hall in Swat and this is a big issue.

“There is no gym in Swat. Khyber Pakhtunkhwa is producing top talent and I request the provincial government to establish some indoor halls around KP and particularly in those areas from where talent comes,” Aimal said.