Pakistan’s only eventer, Usman Khan is an award-winning spatial analyst and athlete but above all, he is a natural horseman. 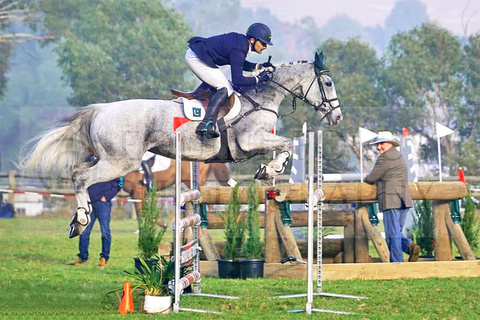 Usman is an award-winning spatial analyst and athlete but above all, he is a natural horseman. He spends considerable time travelling across Australia for FEI Eventing competitions.

He is Pakistan’s only Eventer at an international level (FEI). Usman Khan's horse is named 'Azad Kashmir' in Equestrian competitions. Usman Khan will feature in the equestrian eventing category of Tokyo Olympics 2021.

This is the first time that Pakistan will have a rider of equestrian in the world’s most prestigious extravaganza. 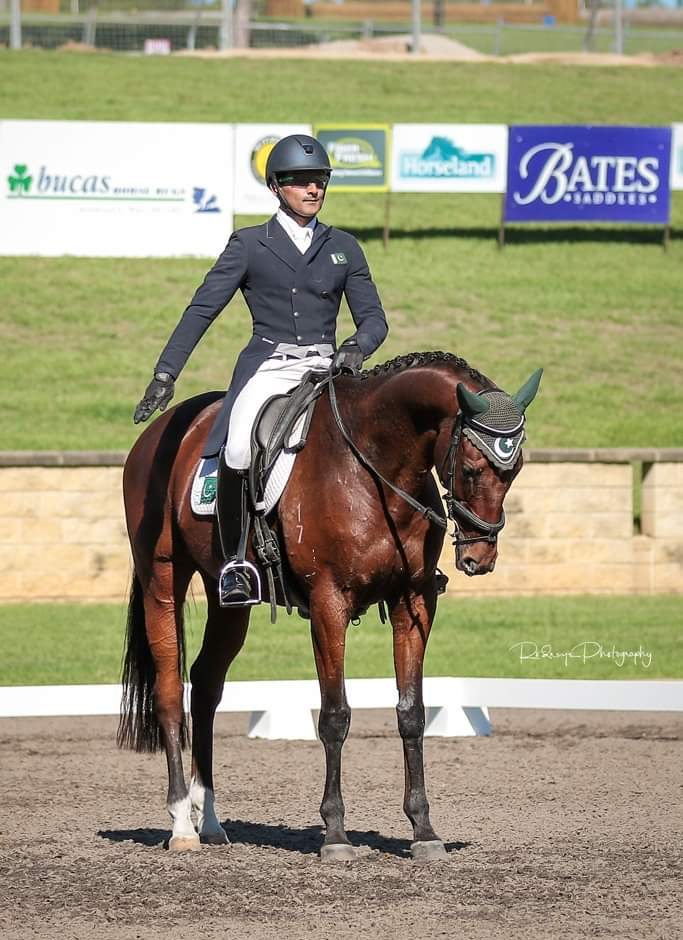 Usman, son of a retired Army Major, is a self-made athlete and believes in constant struggle. Having also played athletics as a sprinter at national level Usman knows the importance of a sportsman who acts as an ambassador of a nation.

In the 2004 Athens Olympics, Pakistani rider Nadeem Noon had to feature on the wild card but he missed the event after his horse got injured.

He later returned in 2011 with Al-Buraq as 4 years old. Having failed to qualify for Asian Games in 2006 and 2010, he took part in Sydney Horse Trials (3 Day Event) to secure Pakistan's first qualification (Eventing) for Asian Games 2014. He later withdrew from the event due to strict quarantine regulations. He competes at FEI 4 Star level with Azad Kashmir and Al-Buraq.

He rides pure dressage @ Prix St George (PSG) with Al-Khyber who also competes at FEI 3 star. He is the only recognised Pakistani rider at International circuit (FEI).

In 2017 Usman qualified for Asian Games to be held in Jakarta 2018, becoming the only Pakistani to have qualified twice for the event. In 2018, he amazed critics by winning the FEI CIC 3 star class at Lakes and Craters 3-day event. Rewriting the national history books, making it Pakistan's first win after 13 years. Which was followed by another win in 2019 @ FEI CCI 3*** Star at Goulbourn HT and this time with Azad Kashmir. He also won at Geelong HT with Al Zarib in 2019.

On 1st December 2019, Usman Khan along with his horse “Azad Kashmir” shocked the world Equestrian by meeting requirements for Olympic Qualification Tokyo 2021.

Lahore born Usman is currently based in Australia and working in the IT sector. In a “one sport country” Usman once wanted to be an Army officer but couldn’t achieve his dream. Devastated on not being selected in Army, he decided to opt for other ways to serve the country.

“My father took us to ride lessons at army riding school in Lahore when I was 7-8 yrs old. I wanted to join the army but couldn't get in. There were other ways to serve Pakistan. No one knew Eventing but knew horses jump at the Olympics. If you want something as much as you want to breathe then there is no Plan B. That was our humble beginning and Roadmap to Olympics was core motivation,” he highlighted.

Usman mentioned that his road to the Olympics is a 15-year journey and as the first step to this long journey, which included several obstacles, he left his scholarship at Monash University in Australia.

“I left my scholarship and came into the sport of Eventing with one vision to take Pakistan to Olympics,” he said while adding that it was an ambitious and risky adventure which was never a popular decision.

“In fact for the next 5 years, we failed miserably in everything we did. In the process, I broke my leg during a riding accident and wasn’t able to ride for a few years. We soon had no money, I had to sleep most days in car/motel, worked small jobs. I had one horse, which I use to feed 7 days a week and myself 3 days,” he said while adding that during this period he had isolated himself from everyone.

Usman mentioned that equestrian is easily the most expensive sport at the Olympic level. Pakistani horse-rider added that despite a series of failures he remained to stick to his plan and the only thing that kept all together was his faith as he believed that hard work always pays.

“I have never used the sport to make money and never promoted my name, you will always read Pakistan Eventing while Usman Khan was never to exist. It was all about Pakistan and creating a soft image of the Muslim community. With a firm believer when I am gone, that the spirit of Pakistan Eventing will always live under the banner of Equestrian Federation of Pakistan,” he said. 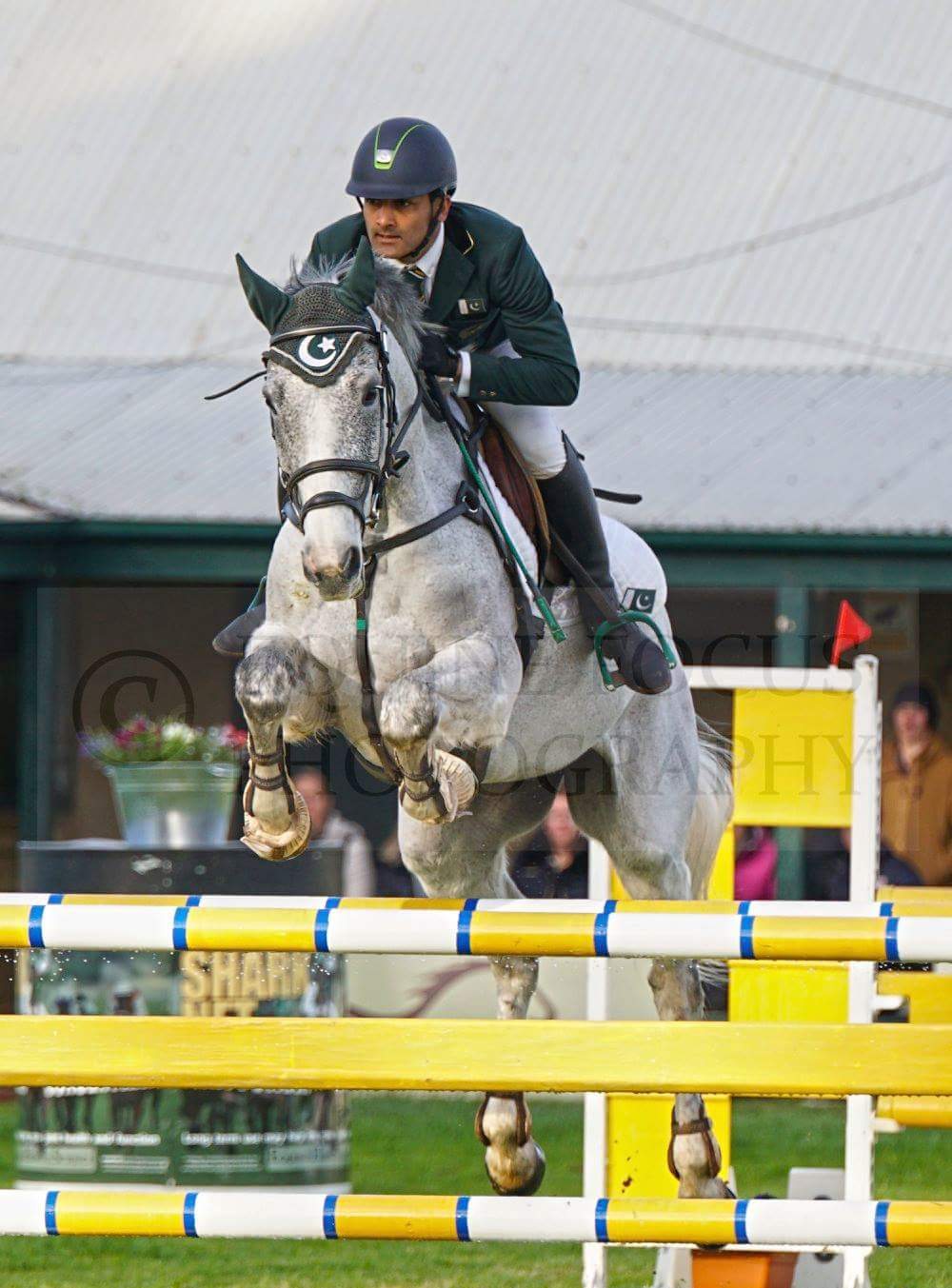 Usman earlier participated with a horse named Al-Buraq and within 2 years they had entered the FEI circuit but then Al-Buraq got injured and Usman had to start everything again.

“We needed another horse,” he recalled.

“It takes 1 to 2 years to understand a new horse that allows you the ability to be competitive at an international level. We decided to take the risk with the aim to qualify within 6 months of FEI deadline. I bought New Zealand thoroughbred in April 2019 and named him ‘Azad Kashmir’ after the People of Kashmir,” Usman said.

The soon-to-be Olympian added that he achieved the qualification in the last six months and that was possible only after some important decisions.

“I fell off during an event in Melbourne in June which led to the life-changing decision and resigned from a senior position in Australian Government to focus solely on Olympic qualification rounds. We consumed our life savings in the process,” Usman mentioned.

Usman added that due to lack of FEI events he requested EA NSW to open FEI classes to allow him to compete and for that, he was thankful to Australian authorities.

“There was intense pressure to come back at FEI CCI 4 star level. We soon were competing at FEI CCI 4 star in Sept, we finished 15th with the first qualification achieved. We finally qualified FEI CCI 4 long format, the last event of 2019 which was an Olympic Qualifier. We have never reached this level in our competitive history, we were so inexperienced but had only and chance, Allah empowered me and Azad Kashmir and we successfully secured Olympic qualification,” he said.

Usman revealed that he has invested millions form his own pocket during list 15 years to achieve Olympic qualification.

I have invested Rs.28-30 crores in the last 15 years towards running a training camp in Australia. Do we have another athlete in the history of competitive sport in Pakistan who has invested that much money from his own pocket? I have remained sponsor-less and neither I have chased anyone. All my competition fee, vet bills, coaching, accommodation and international travels are self-funded,” he said.

“I can always return to the workforce but it will take away the 100% focus and dedication required to be an Olympic athlete. I need to find revenue to empower Team Pakistan that includes my coach, vet, groom and horse travel to Tokyo, I think it is now state responsibility. The hard work to qualify is done. Let us now focus on securing funds to cover our training and travel expenses to Tokyo 2020 where Pakistan is to enter for the first time in equestrian history,” Usman highlighted. 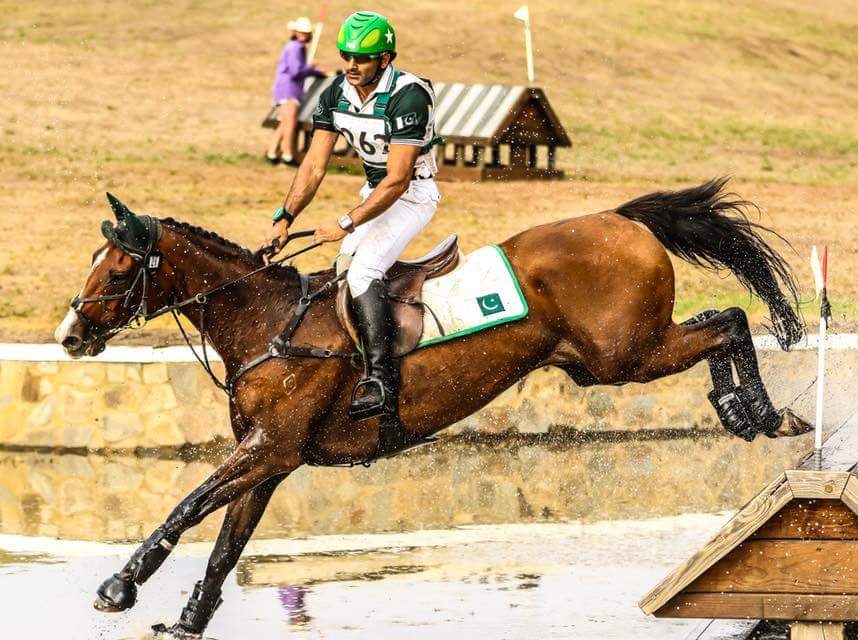 He obtained his Bachelor of Geographical Information System (GIS) from the University of South Australia (UniSA) in 2004. His intellectual determination was recognised when he received the Chancellor’s Letter of Commendation (2003-04), the Dean’s Merit Award (2003-04) and was granted Distinguished Membership of the Golden Key International Honour Society (UniSA Chapter). In 2005 Usman was granted a full academic scholarship by the Centre of GIS at Monash University, Masters

Usman has previously worked in spatial industry with the World Wildlife Fund (WWF) in Pakistan, the United Nations Office for Drugs and Crime (UNODC) Vienna, Austria, as a consultant to URS Corporation Australia, Satellite Imagery Analyst with UniSA and GIS researcher with Monash University. In 2005 he became the youngest serving executive director for Vanasee Media Corporation, Australia. In 2007 worked as a GIS Divisional Coordinator / Business Analyst with Department of Water (WA) in Perth. In 2007-2008 as a Business Analyst with Department of Lands (NSW) and Environment Protection Authority (EPA). In 2008-2009 Senior Business Analyst with Department of Human Services (DHS). In 2009-2010 he worked for Institutional & Corporate divisions for Australia leading bank ANZ. He later joined Australia's largest Superannuation company 'Superpartners' as a Process Specialist. His IT consulting took him across NBN, BUPA, DHS and Telstra contracts.