World Classic qualifiers postponed: Pakistan baseball team back from USA due to coronavirus

The Pakistan baseball team, which had reached the city of Tuscan Arizona USA to compete in the World Baseball Classic Qualifier, had to return to Pakistan after the tournament was postponed. 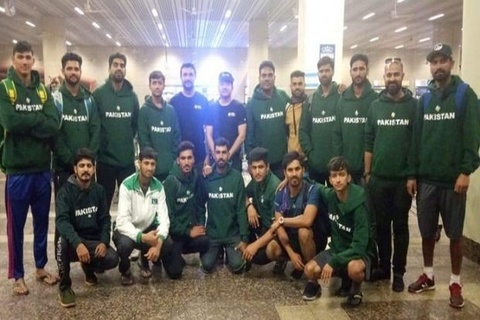 The Pakistan baseball team, which had reached the city of Tuscan Arizona USA to compete in the World Baseball Classic Qualifier, had returned to Pakistan after the tournament was postponed.

Syed Fakhar Ali Shah, President Pakistan Federation Baseball (PFB), who had also accompanied the team to the United States, said that national or international sports activities were suspended throughout the United States due to the coronavirus. Pakistan baseball team, which was in the United States to participate in the World Baseball Classic qualifier, also returned to Pakistan after the tournament was postponed.

Teams from France, Germany, Brazil, South Africa and Nicaragua had also reached the United States for participating in the event.

Fakhr said that Pakistan baseball team had reached Tuscan, Arizona on March 10 to participate in the event. The team also conducted daily training sessions under the supervision of Major League Baseball coaches, including Danny Schaefer.

According to Syed Fakhr Shah, because of all the activities being suspended all over the world due to the coronavirus, the administration of the World Baseball Classic also postponed the tournament. New dates will be announced later. He said he was thankful to Allah that all Pakistan baseball team players have returned home in good condition.

Regardless of the event, it was a successful visit of Pakistan team in which players got useful tips during their meeting with foreign players and coaches. He lauded the Pakistan Government's initiative for protecting from the coronavirus and hoped that government efforts would soon eradicate the virus in the country.