Persistent and heavy rain forced the cancellation of the ICC U19 Cricket World Cup 2020 third position play-off between Pakistan and New Zealand at the Willowmoore Park, Benoni on Saturday. 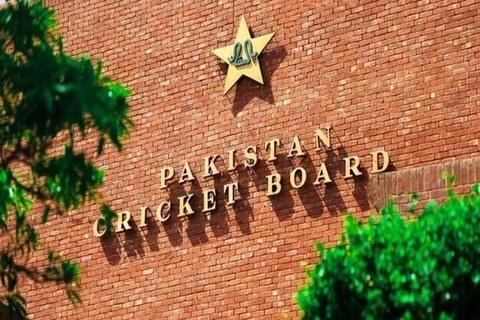 ICC U19 Cricket World Cup 2020
Persistent and heavy rain forced the cancellation of the ICC U19 Cricket World Cup 2020 third position play-off between Pakistan and New Zealand at the Willowmoore Park, Benoni on Saturday.
The wash-out meant a third place finish for two-time champions Pakistan on the virtue of more points in group matches. Pakistan who were placed in Group C and finished with five points while New Zealand, who were in Group A, finished the group stage with three points.
Heavy overnight rain followed by persistent rain delayed the start of the game on Saturday morning. With the relentless rainfall in Benoni, the match was called-off by the umpires with no prospect of a start even 75 minutes after the scheduled 10am start, the toss was scheduled at 9:30am.
Pakistan who were beaten by India in the semi-final, finish one spot better than their number four finish in the ICC U19 Cricket World Cup 2018. The third position play-off was also washed out without a ball bowled between Pakistan and Afghanistan in 2018, the Afghans who were higher placed than Pakistan at the group stage finished third on that occasion.
For Pakistan batsman Haris Khan top-scored in the ICC U19 Cricket World Cup 2020 with 131 runs in three innings of five games. Seamer Abbas Afridi took nine wickets in five matches to finish at the top of the wicket-takers’ list for Pakistan.
Pakistan beat Scotland and Zimbabwe in their Group C games, while their match against Bangladesh ended in No Result when rain interrupted play with Bangladesh tottering at 106 for nine in 25 overs.
Pakistan went on to defeat Afghanistan by six wickets in their quarter-final match before losing to India by 10 wickets in the semi-final.