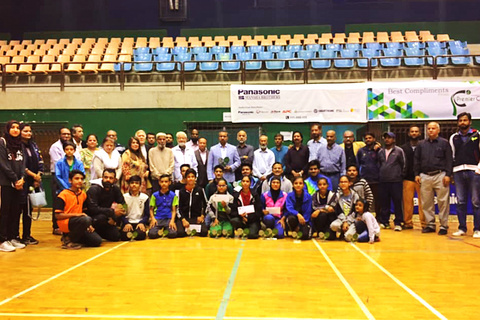 Islamia Club Ranking Table Tennis Tournament 2019 concluded successfully at the club premises where top seed Hareem Anwar and unseeded Aahil Shah ended the year on a winning note by capturing women’s and men’s singles titles respectively.
The women's singles final was seen between top seed Hareem Anwar and Maria where top seed Hareem justified her seeding as she gave some torrid moments to her third seed opponent Maria with the final score line of 11-6, 11-6, 7-11, 11-6 to wrap up the victory.
Maria earned some consolation as she had clinched the girls U-18 title already. It is pertinent to mention that this is the back-to-back women’s singles final for Maria where she had finished runner-up. She had lost to Hoor Fawad in the Essa Mohammad final on Oct one.
Aahil, on the other hand, made amends for his loss while overcoming another unseeded Noman Zara 11-9, 10-12, 11-9, 11-8, 13-11 in the final. Aahil had suffered 2-4 loss at the hands of Furqan Patel in the men’s final of Essa Mohammad tourney.
Accompanied by Pakistan Table Tennis Federation (PTTF) President S. M. Sibtain and Japanese guest Naohisa Masuda, chief guest Asif Ismail awarded prizes to the winners. A galaxy of former stars Shamsul Haq, Parveen Makhdumi, Arif Khan, Arif Nakhuda and Seema Kaleem were also present on the occasion.