Third round matches of National U16 three-day tournament begin

Third round matches of PCB-Pepsi National U16 three-day tournament began with Nothern U16 taking on Balochistan U16 in Islamabad and Khyber Pakhtunkhwa U16 up against Sindh U16 in Faisalabad. 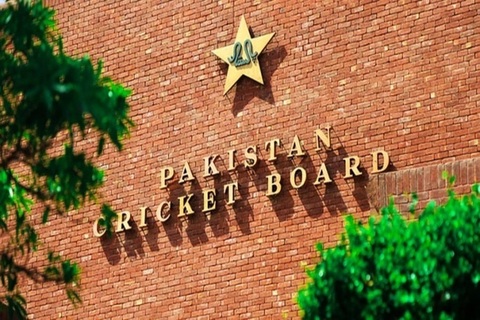 PCB-PEPSI National U-16 Three Day Tournament 2019/20      Iqbal Stadium, Shalimar Ground, KRL Stadium.
Northern U16 v Balochistan U16, Shalimar Cricket Ground, Islamabad
Left-arm spinner Mohammad Hasnain's superb bowling netted him five wickets as Northern U16 dismissed Balochistan U16 for 129 runs in 47 overs on day-one of the PCB-Pepsi National U16 three-day match at the Shalimar Cricket Ground, Islamabad.
In reply Northern were 114 for three in 41 overs when the stumps were drawn to close out first day's play.
Khyber Pakhtunkhwa U16 v Sindh U16, Iqbal Stadium, Faisalabad
At Iqbal Stadium in Faisalabad, Sindh U16 were bowled out for 163 in 67.1 overs against Khyber Pakhtunkhwa U16 after deciding to bat first.
The decision backfired courtesy of six wickets from left-arm spinner Mohammad Irfan who caused havoc in Sindh's batting lineup.
In return, Khyber Pakhtunkhwa were marching towards to the set total with 103 for two in 28 overs when stumps were drawn.
Scores in brief:
Balochistan 129 all out, 47 overs (Khalid Khan 35; Mohammad Hasnain 5-35)
Northern 114-3, 41 overs (Shamyl Hussain 69 not out)
Sindh 163 all out, 67.1 overs (Syed Taha Shah 36; Mohammad Irfan 6-32)
Khyber Pakhtunkhwa 103-2, 28 overs