Omar CC stormed into the semi-finals of the Karachi Gymkhana-Omar Associates Ramzan Cricket Festival 2019 with a comfortable 28-run defeat of Alamgir Gymkhana in the quarter-final match played at KG cricket ground in Karachi. 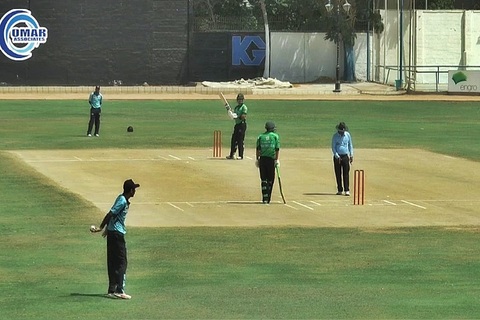 Umar Akmal thumped Omar Cricket Club into the semi-finals of Karachi Gymkhana-Omar Associates Ramzan Festival Cricket Tournament as the team thrashed Alamgir Gymkhana by 28 runs in the second quarter-final match played into the tournament.
The stroke-maker, Umar Akmal hammered five sixes and eight fours in his 51-ball 82, to be declared the Man of the Match.
Batting first after winning the toss, Omar CC amassed 207 for five which they defended by limiting their opponents to 178 for seven. Umar dominated the 90-run opening stand with Umar Siddiq, whose contribution was 12 off 17 balls. Usman Khan, coming in at number three, sustained the momentum with his breezy 54 off 23 balls, hitting four sixes and five fours.
Off-spinner, Mahmood Ali’s spell of four overs in which he took three wickets for 28 brought down the rate of scoring in the middle overs but Omar Cricket Club finished strongly to get past the magical figure of 200.
Chasing a daunting target, Alamgir Gymkhana were never really in the hunt after losing the top half of their batting for only 86. They reached 178 with late order contributions from Fahadis Bukhari (32 off 28 balls), Nabeel Hashmi (26 off 13 balls) and Hassan Khan (25 off 15 balls).
Leg-spinner, Usman Qadir (3-17) was the pick of the Omar CC bowlers. Left-arm spinner Kashif Bhatti and off-spinner Daniyal Rajput were the other wicket-takers. Omar CC became the second team to reach the semi-finals with Quetta Gladiators Academy being the other one.
Summarized scores:
*OMAR CRICKET CLUB 207-5 in 20 overs (Umar Akmal 82, Usman Khan 54; Mahmood Ali 3-28);
*ALAMGIR GYMKHANA 179-7 in 20 overs (Fahaddis Bukhari 32 not out, Nabeel Hashmi 26, Hassaan Khan 25, Mohammad Hasan 23, Ashir Ahmed 18; Usman Qadir 3-17, Kashif Bhatti 2-34). 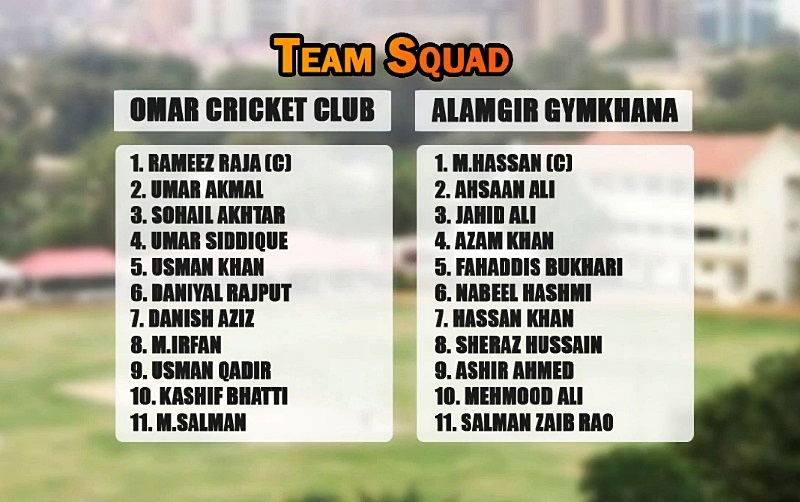