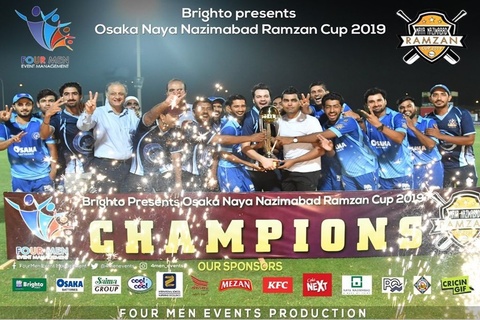 State Bank of Pakistan (SBP) team, upon winning the toss, decided to field first to which the Omar Associates team accumulated a total of 197 runs target on just five of their players out by the end of complete 20 overs. Now the opponent team needed 198 runs to name the final victory of the tournament to their side.
Chasing the target not so well, State Bank of Pakistan (SBP) players gave their all as their boys were seen playing with great team effort on the pitch but as the game proceeded, they kept losing their players one after the other and finally lost with their total of 145 runs on 8 outs as the 20 overs ended.
Usman Khan from the winner team was adjudged both the Man of the Tournament and the Best Wicket Keeper of the Tournament while the Best Bowler of the Tournament title went to Usman Qadir, also from the winning team. 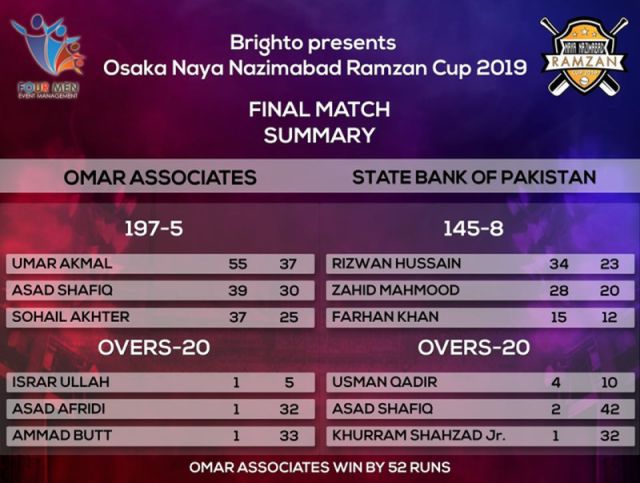 As many as 16 teams competed in this mega cricket event which had two matches scheduled daily during the league phase. The winner team was awarded with Rs. 1.2 million worth of cash prize while the runner-up team bagged a prize pursue of Rs. 600,000. The man-of-the-match of each game also got a motorbike.