Rehman Foundation and KK Panthers fell to National Bank of Pakistan (NBP) and Port Qasim by 49 and 72 runs, respectively in the matches of Osaka Naya Nazimabad Ramzan Cricket Cup 2019 which is being held at Naya Nazimabad cricket ground in Karachi. 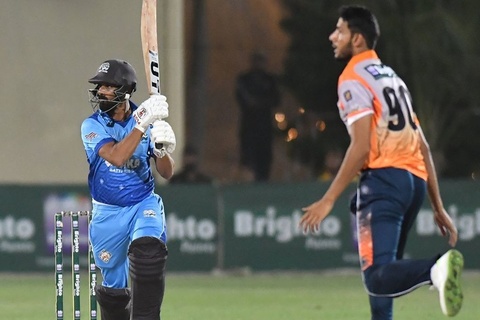 After winning the toss and elected to bat first, NBP player accumulated 197 runs on 5 outs by 20 overs in the first innings, to win the game, Rehman Foundation needed 198 runs for their total, to which the team performed well and managed to score 42 runs with just on of their batsman out in 5 overs, but then their game kept falling as they finished on 148 runs with all of the players out by the end of the second innings.

Kamran Akmal from NBP earned the Man of the Match title for his play of 93 runs off 57 balls.

While the second clash of the day was between Port Qasim and KK Panthers, in which Port Qasim boys made their opponents fall short on 72 runs to claim the victory of the game.

KK Panthers won the toss and elected to field first, in which the their opponent team got successful in making quite a reason total of 180 runs off 5 players out by 20 overs, finishing the first innings.

Chasing the target, KK Panthers needed 181 runs to end the match in their favor but they failed as the team was able to accumulated only 108 runs off their 10 players out by the end of the second innings with 20 overs.

As many as 16 teams have lined up to compete in this mega cricket event which is having two matches scheduled daily during the league phase with the first match starting at 08:00 PM sharp and the other at 12:00 midnight. The quarters-finals are scheduled for 23rd and 24th May while the semi-finals will be staged on 25th May, followed by the final on 26th May.
The winner team will be awarded with Rs. 1.2 million worth of cash prize while the runner-up team will bag a prize pursue Rs. 600,000. The man-of-the-match of each game would get a motorbike.