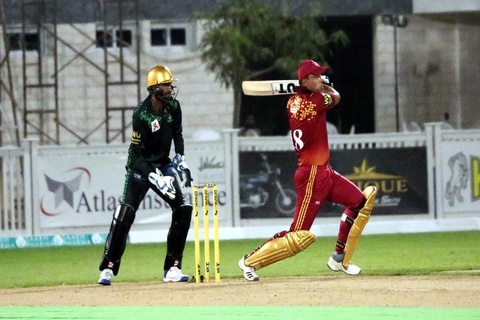 “We are very excited to be participating at the seventh edition of the Corporate T20 Cup. As defending champions, the team will look to maintain its top spot.” Captain of the KE team,Hassan Khan said!.

KE will now play their next game against National Bank of Pakistan on 14th May (today), at Moin Khan Academy, Karachi. The Corporate T20 Cup has returned for its seventh edition, and the tournament will be played till 18th May in Karachi.
In the other match, Omar Associates ran out victory over State Bank by five wickets. Mukhtar Ahmed (62 off 43, eight fours and one six) and Rizwan Hussain (53 off 41, seven fours and one six) guided the bankers to 162-5, But Umar Akmal hammered a 36-ball 68 (six sixes and four fours) to see his side home in 18.1 overs.