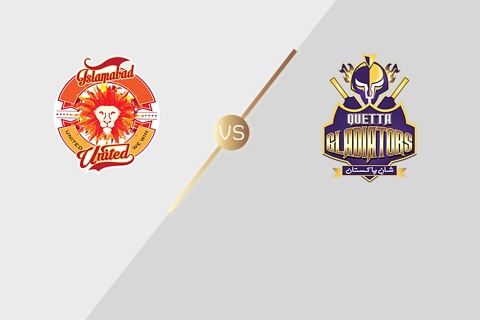 Islamabad United under Misbah-ul-Haq captaincy and Quetta Gladiators under Sarfraz Ahmed’s guidance will step onto the pitch for the final.

The match will start at 9pm PST.

On the other hand, Gladiators won six matches and defeated in only two matches.

Earlier, Peshawar Zalmi led by Shahid Afridi won the toss and bowled first against Islamabad United in the third and most crucial playoff of the PSL played at Dubai Sports City (DSC).

United had scored 176 runs in their 20 overs at the loss of three wickets. Sharjeel was the nucleus of the entire innings as he scored the first century of the tournament, he ended up being run out in the final over after scoring 117 runs off 64 balls only.

United were equally spot-on in the second innings as their bowlers did not let the Zalmi batsmen score freely. Shahid Afridi did show some resistance but it proved to be too little, too late.