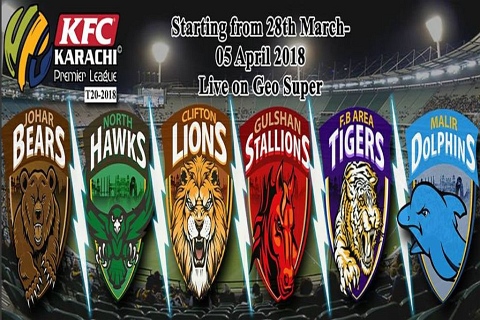 According to Chairman KPL Moiz Bin Zahid, winners of the event will receive cash prize of Rs500,000 while runners-up will get Rs250,000.

North Hawks will take on Malir Dolphins in the opening match of the T20 KFC Karachi Premier League at 4:00 PM while Clifton Lions will face Johar Bears in the second match to be played today at 8:00 PM.