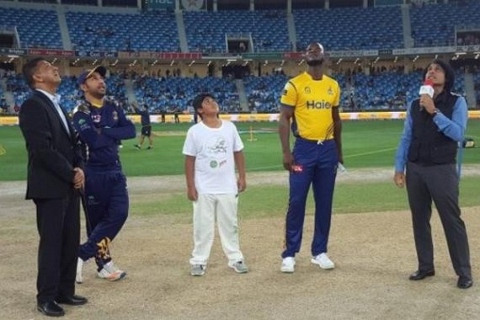 Lahore’s Gaddafi Stadium to host 2 playoff matches before the big final of HBL-PSL 3 to be played at National Cricket stadium Karachi but for now Lahore is the center of attention for the spectators and players.

Quetta team coach Moin Khan is confident that Gladiators have more firepower and are capable of making things right for them with combine team effort and they will go all out to beat the Zamli’s in the eliminator match.

Peshawar on the other hand are confident that they certainly got the momentum back on very right time with back-to-back victories and they are confident to seal the final berth against Islamabad after beating both Quetta and Karachi in upcoming matches.

Zalmi’s were down and out and to remain in the top four they needed to win last two group matches and they did it with the some great individual but overall combined efforts and now their hopes are high against Quetta Gladiators.

Match between Quetta Gladiators and Peshawar Zalmi to start at 7:00pm (PST) and hopefully we have to the match in front of a pack house today.