Fortunate Ronchi quick-fire 94 shuns Karachi Kings by 8 wickets and steer Islamabad into the final of HBL-3. 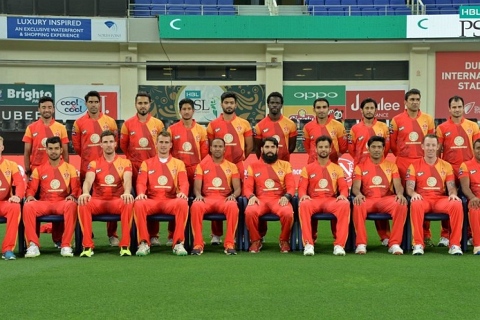 Karachi Kings faced the challenge of Islamabad United to qualify for the final to be played in Karachi. Karachi after winning the toss decided to bat first as KHurram Manzoor and Joe Denly came to bat first. Karachi lost early wickets as 3 of its reliable batsmen Khurram Manzoor 6, Babar Azam 0 and skipper Eoin Morgan 21 were back to dugout on just 46 runs in the 9th over. At that stage Colin Ingram came to bat with Denly and both saves Kings from complete destruction and helps Karachi to post a respectable total as both contributed 82 runs for the 4th wicket partnership.


Denly was sent home on 51 in the 18th over by Mohammad Sami as Kings scored 154/4 in 20 overs. Ingram scored 68 not out in just 39 runs with 6 huge sixes and a four while Denly scored 51 runs and remained top runs scorers. Mohammad Sami picked up 2 wickets while Faheem Ashraf and Amad Butt got 1 wicket each.


Islamabad United needed 155 runs to win with an asking rate of 7.75 runs per over in 20 overs. Luke Ronchi and Sahibzada Farhan came to bat and toppled Kings bowling line as they scored 91 runs for the first wicket in just 7 overs. Farhan was the first who departed on 29 runs while Alex Hales fall prey on 14 runs. Samit Patel then came to bat. On the other hand, Ronchi scored the half-century in just 19 balls as he played free shots on everywhere and remained fortunate as he was dropped three times by Islamabad fielders during fielding.


Ronchi quick-fire 94 runs (not out) in just 39 balls with 12 boundaries and 5 maximums to take Islamabad United home easily in just 12.3 overs. Samit Patel added unbeaten 14 runs. Usman Khan and Tymal Mills picked up 1 wicket each for Kings. Luke Ronchi was given Man of the Match for his glittering innings.