Hopes still alive for Peshawar to qualify for the playoff stage as they down Karachi Kings by 44 runs in a “must win game” at Sharjah Cricket Stadium. 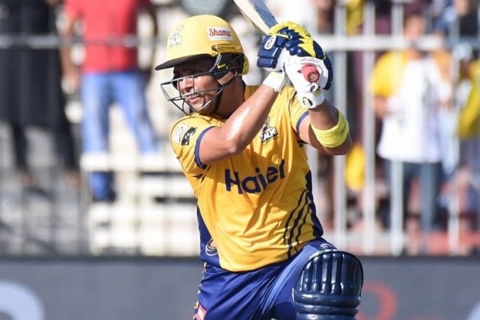 Both the teams needed to win the match but it’s a “do or die” situation for Peshawar Zalmi. Skipper Peshawar Darren Sammy won a good toss and decided to bat first. Kamran Akmal and Mohammad Hafeez came to open but they got a disastrous start as Usman khan cleaned up man in form Mohammad Hafeez on the third ball of first over on not but Dwayne Smith contributed 47 runs with Kamran Akmal for the second wicket.

Kamran Akmal build partnerships with Smith, Riki Wessels and Saad Nasim but he himself got out as he was trying to clear the boundary on 75 runs with the help of 3 boundaries and 6 sixes. Skipper Darren Sammy who was not looking fully fit then joined Saad Nasim and both scored 42 runs for the 5th wicket partnership in just 17 balls. Sammy also slaps 3 consecutive sixes to Mohammad Irfan (jr) and leaked 28 runs in his over which becomes the worst over in PSL history. Previous record was with shaun tait who gave away 26 runs in one over.

Saad Nasim scored 35 in 18 balls while Sammy scored 36 not out in just 15 balls with 2 boundaries and 4 sixes as Peshawar sets a target of 182 against Kings for the loss of 6 wickets. Usman Khan bagged 3 wickets while Mohammad Amir, Shahid Afridi and Bopara picked up 1 wicket each.

In reply, Kings lost its 3 wickets too early on just 40 runs in the 8th overs. Bopara could not contributed too long as Karachi lost its 4th wicket on 62 runs and Shahid Afridi came to join Babar Azam who was scoring runs from the other end. Afridi scored 8 balls 26 runs including 4 sixes on 4 consecutive balls and becomes the first batsman in PSL history to do so. As Afridi was cleaned up by Dawson, hopes of Karachi Kings to win started fading out. Babar Azam scored 66 but he was picked up by Wahab Riaz.

After Babar's departure that Karachi Kings managed to score 137 for the loss of 8 wickets in 20 overs and Zalmi won the match by 44 runs and kept their hopes alive to qualify for Playoff stage.

Babar Azam 66 and Shahid Afridi 26 were the top scorers for Karachi. Liam Dawson got 3 while Umaid Asif, Wahab Riaz picked up 2 wickets each and Hasan Ali got 1 wicket for Zalmi. Kamran Akmal received the Man of the Match award.

Lahore Qalandars to face Peshawar Zalmi in the first match today while Karachi to play against Quetta Gladiators in the last match before the playoffs. It’s a must win game for Peshawar Zalmi to qualify for the playoff stage.