Umar Gul’s rolled back to take six wickets but Hasan Khan guided Quetta Gladiators home in a thrilling encounter with one ball remaining in the last over at Dubai International cricket stadium. 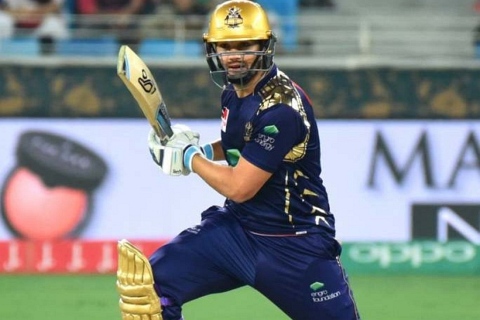 Umar Gul becomes the only second bowler in the history of PSL, after Ravi Bopara to take 6 wickets in a match and also completed the milestone of taking 200 wickets in T20 matches and also becomes the second fastest to take 200 t20 wickets for Pakistan after Saeed Ajmal.

No.17 match was played between points table toppers Multan Sultans and No.5 Quetta Gladiators and Sarfraz Ahmed after winning the toss invited Sultans to bat first. Start of Multan was not as good as expected as they lost both the seasoned openers Kumar Sangakkara and Ahmed Shahzad on just 3 runs in the 2nd over. Sultans then changed their strategy and moved Sohail Tanveer up in the order and he contributed 39 runs for third wicket. Skipper Shoaib Malik along with Sohaib Maqsood added 40 runs for the 4th wicket.

Skipper Shoaib Malik played an anchor innings of unbeaten 65 runs and takes his team to a reasonable total of 152/5 in allotted 20 overs. He faced 43 balls and hit 3 huge sixes and 4 boundaries in his innings. Sohaib Maqsood 27 and Sohail Tanveer 19 were other main runs scorers.

Quetta in a dramatic way chased down the target of 153 runs in the 19.5 overs for the loss of 8 wickets to win the match by 2 wickets. Both the teams had equal chances to win the match but Sultan missed some half chances that cost them at the end. All the Quetta batsmen contributed a little but none of them could lead the match to finish except the Pakistan Under19 captain and young Hasan Khan who delivered the punch on very right time.

With time to time falling wickets, Gladiators needed 9 runs in last over with 2 wickets in hand where young Hasan, Ben Laughlin on the wicket and experienced Keiron Pollard came to ball. Hasan took single on first ball but Laughlin played a dot delivery then played a shot for 3 runs where Pollard missed the run out chance. Hasan took a couple on the 4th ball and slapped a six on the 5th delivery of the final over to win the match for Quetta by 2 wickets.

Rilee Rossouw 27, Shane Watson 26, Rameez Raja (jr) 22 and Asad Shafiq 20 were top scorers for Gladiators but the man of the moment for Sultans was Umar Gul who clinched 6 wickets for 24 runs in 4 overs while Imran Tahir and Shoaib Malik got 1 wicket each. Umar Gul was given man of the match award for his exceptional bowling figures.