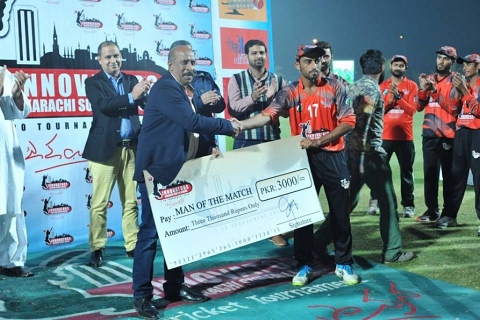 Lyari after winning the toss elected to bat first as the half centuries from Farooq Hassan and Muhammad Afzal put Riders in a handsome position against the opponents. Farooq scored 70 while Afzal played the innings of 50 runs. Afroz Hasan 29 and Ali Mehar 22 helped Lyari Riders to score 179 runs in allotted 20 overs for the loss of only 2 wickets.


In reply, Surjani only managed to score 141 runs in 20 overs for the loss of 6 wickets as Riders won the match by 38 runs. Yaseen Khan played innings of 41 runs not out in 31 balls while Ali Shah 31 was other top scorer. Bilal Manzoor clinched 2 wickets while Afroz Hassan, Hasnain Rizvi and Owais Farooq bagged 1 wicket each from Riders.


Top 4 teams from both groups will qualify for the quarterfinal stage of the tournament.