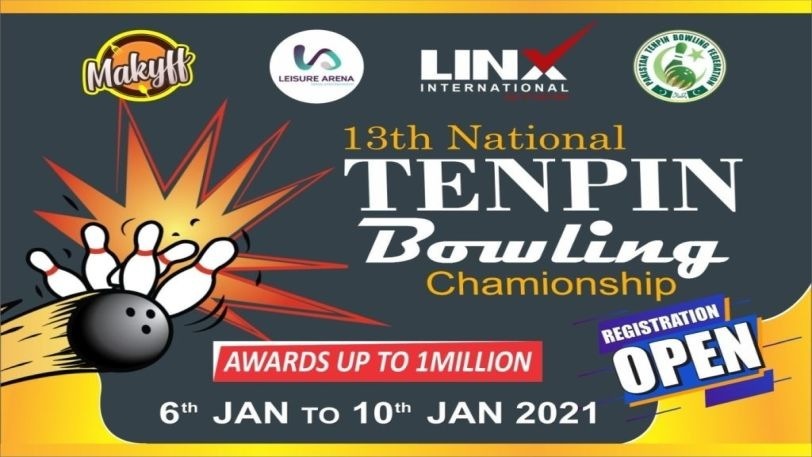 The 13th edition of National Tenpin Bowling Championship 2021 is all set to begin from 6th January at Leisure Arena Bowling Club, Islamabad.

President Pakistan Tenpin Bowling Federation, Ijaz ur Rehman has announced that the all arrangements of the Championship will be finalized in Organizing Committee meeting on Monday (4th January).

The players from all over the country will participate in the Championship.

The players will be seen in six competitions which includes Singles, Double, Team, Women, Amateur and Deaf.

The semifinals will be played on January 9, and finals on January 10. Cash award Rupees one million will be delivered to players with Trophies and Certificates.

Ijaz said that the draws of the Championship are open and will be announced on January 5 at 6:00 pm.