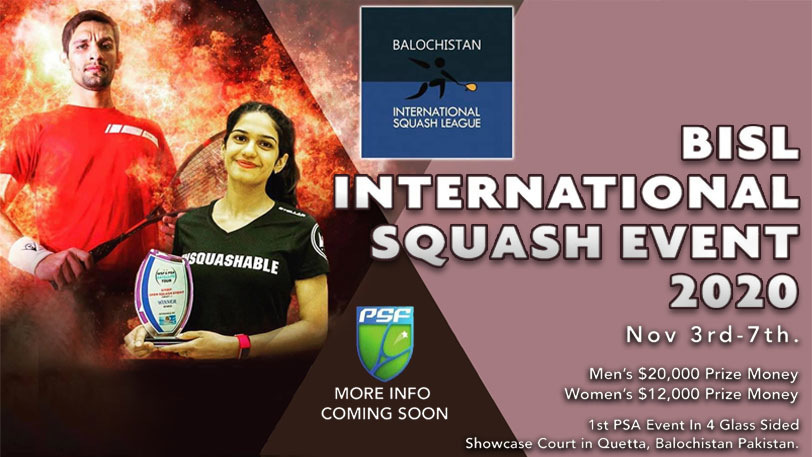 BISL was started in 2017 and has turned into a leading sports event and brand from Balochistan.

The third edition of the Balochistan International Squash League (BISL) is open only for players based in Pakistan and is to be held at Serena Hotel in Quetta from November 24-28.

First time ever PSA is set to hold this prestigious event in a 4 glass sided showcase courts in Quetta.

The unseeded under-19 player Waqar is to start his international career as he got a wild card for $10,000 BISL International Squash Championship. The Quetta's player Waqar, is pitted against seventh seed Zahir Shah in the first round.