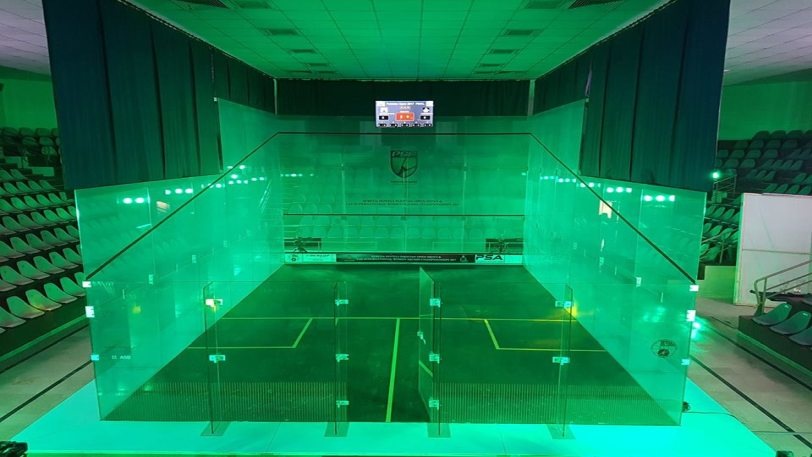 6 April, 2019 - 10 April, 2019
Islamabad
Mushaf Squash Complex, Islamabad
Squash
Pakistan Squash Federation (PSF) in collaboration with will Serena Hotel and Huawei will host the Serena Hotel Huawei International Squash Tournament 2019 under the supervision of Professional Squash Association (PSA) from April 6th -10th at the Mushaf Squash Complex, Islamabad.
The 5-days long Men’s championship carries a total prize money of $18,000.
Besides Pakistan, world ranking Men & women players from Austria, Egypt, Hong Kong, Iran, Malaysia, Netherlands and Thailand will participate in the mega event.
Tayyab Aslam, Ahsan Ayaz, Farhan Zaman, Shahjahan Khan, Ammad Fareed, Farhan Mehboob and Amir Atlas Khan will represent the hosts.
Serena Hotels decided five years ago to reclaim the legacy of squash in Pakistan under it Sports Diplomacy initiative.
Since the inception of the Serena Hotels-Chief of Air Staff International Squash Championship, there has been an increase in local squash tournaments and championships and increasing numbers of international players are coming to Pakistan to compete.
Mr. Aziz Boolani, CEO of Serena Hotels, said, “Pakistan has a tradition of excellence in many sports but in recent years it has been harder for our players to excel in competitive sports internationally. Up to 25 years ago Pakistani squash players were the best in the world and every person in the country knew their names, some of those great players are with us today.