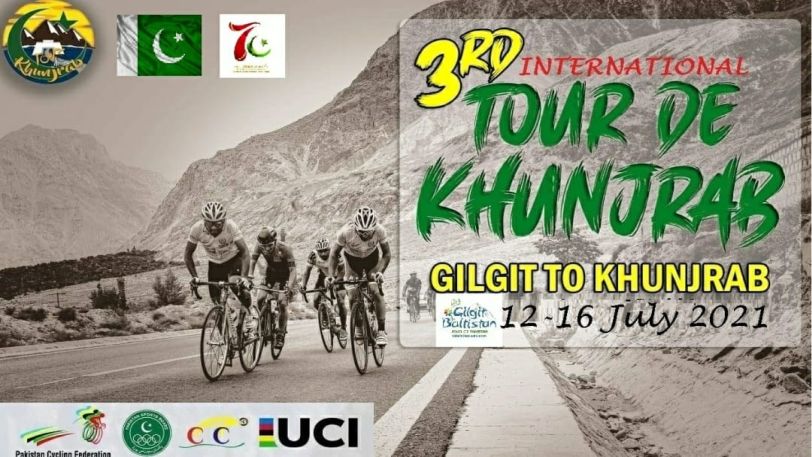 The third edition of Tour de Khunjerab Road Cycle Race 2021 — one of the world's highest altitude cycling competitions — slated to be held from 12th -16th July.

The race will held under strict observance of COVID-19 SOPs. He further informed that this time, female teams will also participate. The invitation has been sent to all affiliated units of Pakistan Cycling Federation and various renewed international cycling teams of Europe and Asia has also been issued.

Pakistan Cycling Federation General Secretary Syed Azhar Ali Shah told to Khilari.pk that they have sent invitations to 15 countries, while only Afghanistan has been confirmed their participation yet.

Tour De Khunjerab will start at an elevation of 4200ft and climb up all the way to Khunjerab at 15400ft, an ascent of more than 10,000ft from start to finish.