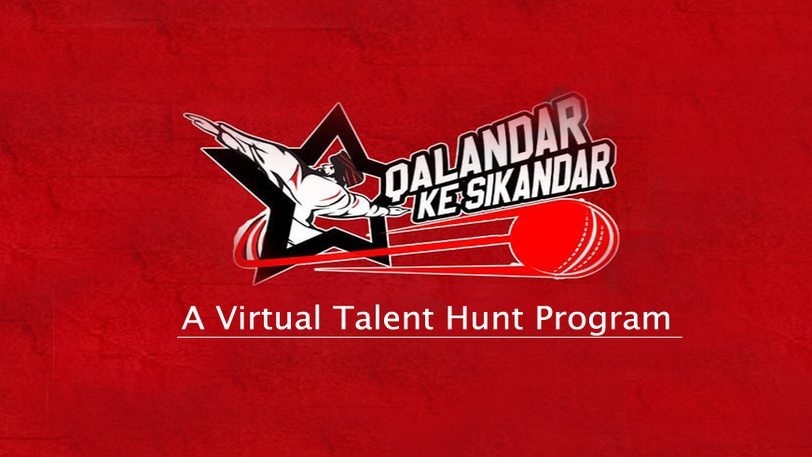 Lahore Qalandars, one of the Pakistan Super League’s (PSL) franchises, has launched the ‘ Ke Sikandar’, a Virtual Talent Hunt Program amid COVID-19 pandemic for the youngsters of Pakistan.

Addressing a press conference at Lahore Press Club, coach Aqib Javed said: “Since everyone is sitting at home idle, this is the perfect way to engage the youngsters in different activities at home. The duration of the campaign is two months (eight weeks). The players will enter the competition by sending cricket videos on Lahore WhatsApp Number: +92 317 3339401.

“After a thorough process, 16 players will be shortlisted every week (four weeks) from the videos, which will include four each batsman, fast bowlers, spinners and wicket-keepers. The selection will be done by one of the best panels of coaches and analysts every Sunday during a live show. By the end of the fourth week, a total of 64 players will move forward to battle each other in the semifinals.

After that, 64 players will compete for each other in two rounds of semifinals and half of them will be knocked out the competition after the first round.

“Then a total of 32 players will face each other in the semifinal round two. Only 16 will qualify for the finals. After two weeks of , we will reach the finals. Then 16 players will clash each other in the ballistic round one of the finals while eight will advance to the final round where they will fight for the victory. Four will emerge as victorious (one each batsman, spinner, fast bowler and wicket-keeper),” he added.

Aqib said that the winners will train with Lahore Qalandars players at Qalandars High-Performance Centre and will get a chance to play PSL, Abu Dhabi T10 League and Australian Leagues. The competition will be held on Lahore Qalandars social media platforms through a voting system.”

Explaining the guidelines of sending the correct video, the coach said: “Each bowler (fast & spin) will bowl 6 balls of different variations in the video. Each batsman will face 12 balls, 6 from the fast bowler and 6 from the spinner and will play different shots in the video. Wicket-keeper will catch 12 balls, 6 from spinners, 6 from fast bowlers. And after following the instruction and finalizing the videos, they can be sent on our WhatsApp Number +923173339401. The age limit to enter the competition is under 23 years,” he asserted.

When asked does he agree with the formula of deciding PSL-5’s fate on a points system, Aqib replied:

“It’s not a World Cup, conducted after 4 years and the result of which is must declare. Rather it’s a domestic league with the main purpose to entertain the masses. The future of Pakistan sports is linked with the PSL.

“The IPL also proved very fruitful for India, as with the conduct of IPL, the leagues of other sports also got a great boost there and they have started excelling in other sports as well. The PSL is above win or loss for Pakistan while it’s postponed not cancelled and we will find a window in September or October to decide its fate and trophy winners.”

He believed that the more groomed players a franchise will have, the better results it will start producing.

“Over the years, we continue to find and groom promising youngsters and then the best ones are picked up for the Lahore Qalandars side. We have already very talented boys, who will gradually improve their game and techniques and help their side win crucial matches.”

Aqib also said that in this difficult time when everyone is scared of these deadly diseases Coronoavirus and also facing financial problems, Lahore Qalandars are committed to helping the needy ones.

“In the first phase, we have decided to assist domestic cricketers, match referees, umpires, scorers and many others, related to cricket directly or indirectly. It is our social and moral responsibility to provide cricket community relief according to our resources, and we will enhance them in the next phase.”