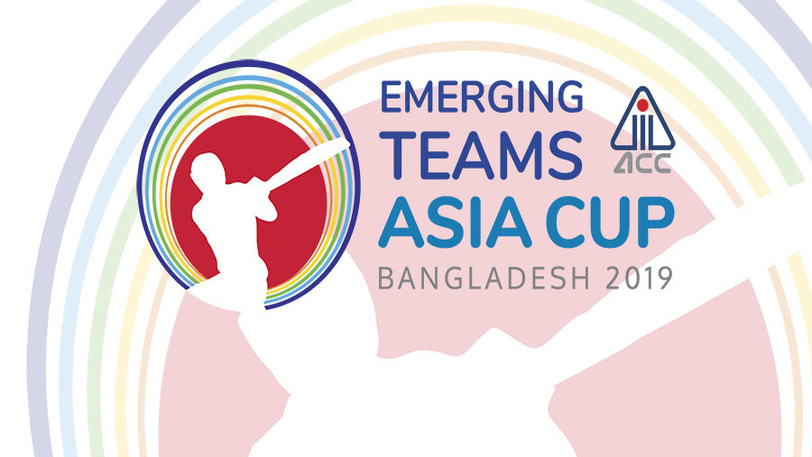 14 November, 2019 - 23 November, 2019
International
Cox's Bazar and Dhaka
Cricket
The 2019 ACC Emerging Teams Asia Cup was the 4th edition of a cricket tournament which was held in Bangladesh between 14–23 November 2019.
Eight teams participated in the tournament including five under-23 age level teams of Test nations and top three teams from the 2018 Asia Cup Qualifier.
The tournament was organized by the Asian Cricket Council (ACC).
Nepal replaced United Arab Emirates in the tournament, after they pulled out due to an unknown reason. Nepal qualified on virtue of being fourth in the Asia Cup qualifier.
The Emerging Teams Asia Cup 2019 was contested by 08 teams which were divided into two groups:
Group A Sri Lanka U23, Pakistan U23, Oman, Afghanistan U23.
Group B India U23, Bangladesh U23, Hong Kong, Nepal.
The first round of the competition was the Group stage. Each team played every other team in its group. Following the Group stage, the top 2 teams in each group progressed to the Semi-finals.
Semi Finals:
The semifinals of the tournament were played at Shere Bangla National Cricket Stadium, Dhaka.
In the first semifinal, Pakistan U23 side defeated India U23 by three runs in a nerve-wrecking affair on 20th November 2019.
The second semifinal was contested on 21st November 2019 between Bangladesh U23 and Afghanistan U23 which the hosts easily won by 7 wickets.
The Final:
Pakistan U23 and Bangladesh U23 played the final of ACC Emerging Teams Asia Cup 2019 on 23rd November 2019 at Shere Bangla National Cricket Stadium, Dhaka.
In a one sided affair Pakistan U23 won the match by 77 runs to win the tournament.
Squads: